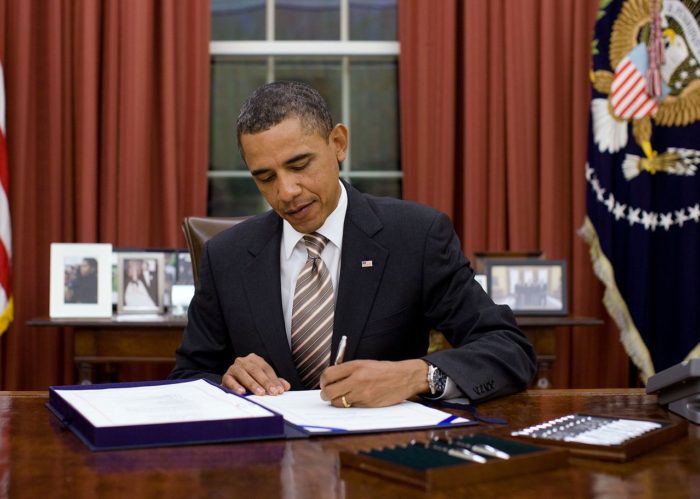 On January 6, 2017, President Barack Obama quietly signed a bill that codified the role of the chief technology officer (CTO) of the United States into law. Congress made the US CTO permanent in the American Innovation and Competitiveness Act, which passed the Senate on December 10 and the House on December 16. In doing so, our legislators recognized a reality that’s clear around the globe: technology is now part of every facet of society, including government itself. In the 21st century, it’s critical that the President of the United States have a technologist advising him or her on policy decisions.

Congress codifying the role of the CTO in U.S. government is an important, unheralded action that institutionalizes one of the promises that President Obama made before entering office.

Notably, the US CTO is now a Senate-confirmed position, however, which will place appropriate scrutiny on the background and qualifications of the person nominated to serve.

Unfortunately, the legislation that President Obama signed into law does not put the US CTO at the cabinet table. In Section 604 of the American Innovation and Competitiveness Act, Congress designates the US CTO as an associate director in the White House Office of Science and Technology Policy (OSTP), reporting to the Director. To put it another way, the US CTO is now officially the “T” in OSTP.

What this means in practice is that there is a layer between the nation’s top technologist and the president. President-elect Trump can and should address this by designating his US CTO as an assistant to the president, as President Obama has done for the three people who served in the position in his administration. We hope that he does so, given the importance of the president receiving the best possible advice about technology at the earliest possible time in decision-making processes.

Aneesh Chopra had a technology policy background prior to the White House, rising out of Virginia state government, and focused on “government as a convener,” working within the constraints of a position that had no statutory authority and little budget. His focus on healthcare technology, standards, and open data laid the groundwork for the progress that is followed.

Todd Park, the nation’s second CTO, was a successful serial entrepreneur in the private sector, bringing a relentless energy to government as the Department of Health and Human Services first chief technology officer before ascending to the White House. Park played a crucial role in turning around healthcare.gov after its disastrous launch in the fall of 2013, working himself to exhaustion to fix the ailing online marketplace for health insurance. He champion open data as well, expanding the successful model that he had pioneered at HHS.

The third US CTO, Megan Smith, built upon the legacy of her predecessors and made the role her own as the first US CTO with a technical background. Smith, a MIT-trained mechanical engineer who worked at Google for nearly a decade before entering government, has focused upon hey host of policy and technical initiatives, for open government to increasing the diversity of the nation’s technologists. Her relentless optimism and inspiring vision for the use of technology to improve how government works, from open source to open data, leaves big shoes to fill.

In thinking through this decision and finding the right candidate, President-elect Trump may turn to Peter Thiel, the billionaire venture capitalist who has deep connections in Silicon Valley. Whether Thiel himself would be willing to answer public service is anyone’s guess, but his networks are likely to be tapped to find someone with both the expertise required for the role and the gravitas to influence President-elect Trump’s decisions.

Whomever is tapped to serve will inherit and extraordinary legacy of policy achievements, programs, and initiatives from the current White House Office of Science and Technology Policy, the largest in the nation’s history.

We hope that the President-elect chooses wisely, given how high the stakes are for delivering digital services and implementing new laws and regulations, and select a US CTO who will uphold and expand the legacy of opening government through technology from the past decade. Our wishlist for the US CTO today, however, starts with the same qualifications as it did in 2009: “A small-d democratic visionary: The CTO should be someone who has a vision of how the Internet and related technological advances can involve Americans in their government again, improve the effectiveness of government, and make the democratic process more engaging and participatory.”

Sunlight called for the rapid appointment a US CTO eight years ago and hopes to see one soon in 2017.