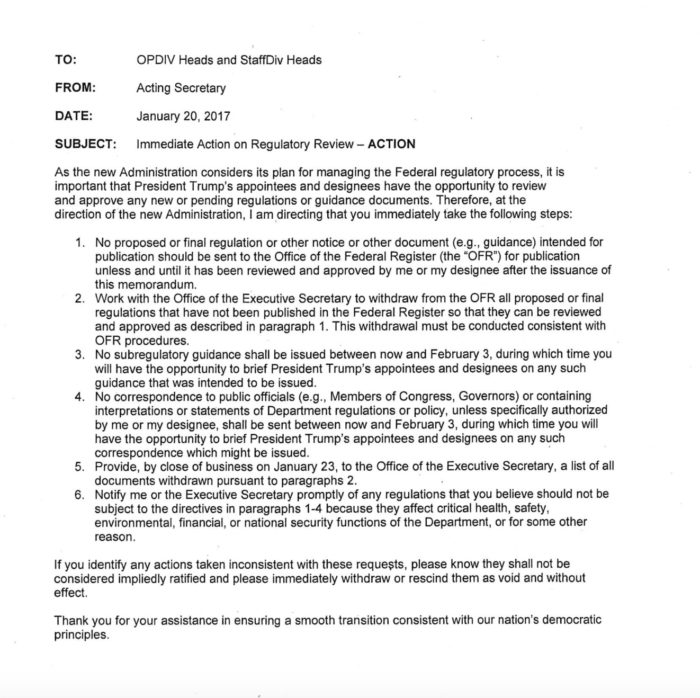 For the past decade, the Sunlight Foundation has advocated for all branches of the federal government to use modern technologies to inform and engage the American people, from social media to websites. We adamantly oppose measures that limit disclosing documents and data to the public, particularly the publication of scientific papers, research and analysis, or public access to government scientists or technologists that can explain the findings.

The White House has not confirmed these actions. White House press secretary Sean Spicer was asked about them in a press briefing but did not confirm.

We call on the Trump administration to disclose the memoranda that have led to these changes to the public, explain their rationale, and reverse the measures. We have requested  documents and correspondence under the Freedom of Information Act from several agencies and will update this page if we receive them.