A Comprehensive Disclosure Regime in the Wake of the Supreme Court’s Decision in Citizens United v. Federal Election Commission.

(also available as a PDF)

The Supreme Court, in its Citizens United decision, opened the door to an unfettered, unregulated influx of money into elections from corporations and labor unions. A first step in addressing the multitude of problems the decision created is disclosure. It is incumbent upon Congress to immediately create a robust, rapid transparency regime that takes full advantage of technology. This requires real-time, online transparency on every level of influence, from independent expenditures to lobbying to bundled campaign contributions.

Rationale: The American people have the right to know how much money corporations and labor unions spend to influence elections. Disclosure must reveal whether corporate and union contributions are being channeled through straw organizations or middlemen.

An individual who files the independent expenditure report on behalf of a corporation must certify, under penalty of perjury, that there was no coordination between the organization and the candidate. Criminal and civil penalties should apply.

Rationale: After Citizens United, corporate CEOs can spend general treasury funds—in essence, money belonging to shareholders—on political activities. Shareholders are entitled to know immediately if their money is being spent to encourage the election or defeat of a candidate.

The current “8-K” reporting system of the Securities and Exchange Commission (SEC), by which corporations are required to file a separate report to announce major events that shareholders should know about, should be updated so that spending on political activities, including in-kind contributions as well as contributions, membership dues or other payments to organizations that engage in political activities, is reported each time aggregate spending totals $10,000. These reports should be filed electronically, within 48 hours.

The SEC must make this information publicly available through its disclosure database.

In addition, corporations should file reports with the SEC identifying all senior management responsible for approving political expenditures, and the company must promulgate and disclose its guidelines for political spending.

The Department of Labor shall require unions to similarly disclose their political activities in a searchable, sortable, downloadable database.

The 20 percent exemption for lobbyist reporting must be eliminated so that all significant contacts—by phone, in person or electronic—in which a request is made for a government action are fully disclosed. Corporate and union heads, anyone who bundles campaign contributions or other influential insiders must be subject to the Lobbying Disclosure Act (LDA) rules for disclosure. These reports must provide: the name of the official being lobbied, a summary of the action requested and the name of the lobbyist’s client or employer. Only individuals who are able to make a good faith estimate that their income or expenditures related to lobbying fall below a certain threshold would be exempt from disclosure requirements.

All reported lobbying contacts must be made available to the public in a searchable, sortable, machine-readable format.

Disclosure of contacts by executive branch officials – currently limited to requests for Troubled Asset Relief Program (TARP) or stimulus funds – should be reworked so that all significant contacts in which a specific government action is requested are reported in real time and online.

Rationale: Just as candidates are required to “stand by their ads” so that the public knows who is delivering the message, corporations, labor unions or other entities that air political ads should also take responsibility for and enlighten the public about who is behind a message.

Disclaimers on independent expenditures should require a spokesperson to state the name of the corporation that paid for the ad, as well as the corporation’s approval of the message. In addition, the entity’s address or Web site must be included in the advertisement.

An online database of paid political advertisements should be created, and should include the text or video of the ad. It should identify where and when the ad was placed, the cost to run the ad and the name of the organization that paid for it.

Rationale: To foster greater trust in government, it is imperative to demonstrate that there is no coordination between the corporation and the candidate. Timelier electronic reporting of campaign disclosure statements, including better reporting of bundled contributions, will aid in demonstrating independence while enabling the public to better understand the entire ecosystem around money in politics.

The FEC should be required to rewrite its regulations regarding bundled contributions so as to better capture and disclose the identity of anyone who bundles.

Bundlers who have significant contacts with members of Congress or executive branch officials should be required to register and report under the LDA.

Rationale: To ensure compliance with the new disclosure regime, significant penalties must be available to agencies charged with enforcing the law.

The Justice Department, the FEC and the SEC must be armed with strong civil and criminal sanctions that can be imposed upon any organization or individual who knowingly breaks or recklessly disregards these disclosure rules.

VII.    Ensure Interoperability of the Data

Rationale: In order for citizens to have a complete picture of the greater influence money in politics will have in a post-Citizens United era, all data about campaign finance must be interoperable.

All information to be reported under this regime must be reported electronically and available online in real time. The FEC, SEC, Secretary of the Senate, Clerk of the House and any other agency charged with collecting and disseminating campaign finance data must be required to develop a system to create a common data format standard. The format should be open and nonproprietary. 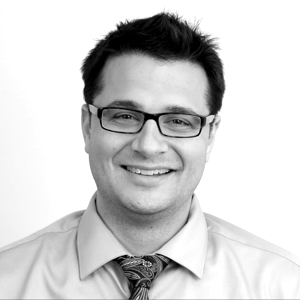