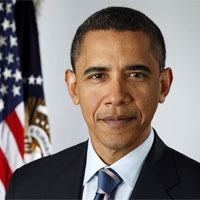 Jacob Weisberg has a good article up on Slate (also, Newsweek) on whether the revolving door policy instituted by President Obama is constructive. Weisberg’s contention is that the policy, by being overly broad, places both profiteering, private interest lobbyists in the same barrel as public interest, non-profit lobbyists, preventing would be public servants from serving simply due to an arbitrary designation. Is this correct… or just slightly overblown?

The revolving door policy, as established by the President under an Executive Order, states that no one who was a registered lobbyist in the past two years may take a position at an agency if they lobbied that agency or if the agency handles issues that they were hired to lobby on. This policy comes with a possibility of a waiver, which has been applied to a few appointees.

These appointees pretty fairly split between what most would consider the more objectionable private interest lobbyists–William Lynn, Raytheon lobbyist turned deputy Secretary of Defense and Mark Patterson, Goldman Sachs lobbyist turned chief of staff to Treasury Secretary Timothy Geithner– and public interest lobbyists–William Corr, anti-tobacco lobbyist turned deputy Secretary of Health and Humans Services, Jocelyn Frye, National Partnership for Women and Families gerneral counsel turned Director of Policy and Projects in the Office of the First Lady, and Cecilia Muñoz, Senior Vice President for the National Council of La Raza turned Director of Intergovernmental Affairs. While the administration is nowhere close to filling all of the key jobs, reports show that Obama is ahead of recent presidents in appointing his team. It doesn’t seem that this policy is necessarily hampering his ability to fill these important jobs.

The key case, and most glaring one, that Weisbarg points to–previously reported by Laura Rozen at Foreign Policy–is that Tom Malinowski, the director of the Washington office of Humans Rights Watch, a pro-human rights organization, was forced to withdraw his name from consideration to head the State Department’s Democracy, Human Rights, and Labor Bureau after the administration came under attack for granting the first lobbyist waiver to Raytheon lobbyist William Lynn.

This is where the problem becomes acute and where Weiberg gets it right. As the administration set up a high legal barrier to employing lobbyists, helped by a whole bunch of anti-lobbyist rhetoric during the 2008 campaign, it became difficult for them to bend those rules by granting waivers. Had the administration simply chosen to self-select which lobbyists would be appropriate to hire, as they seem to be doing under the waiver rule, without implementing an Executive Order, they wouldn’t face the political peril of constantly being called out for issuing waivers to circumvent their own rule, thus driving away public servants like Malinowski. Weisberg calls these rules “counterproductive,” when the same effect could have been made through “explanation and symbolism.”

Of course, the counter argument would be that anything less than a legally binding rule would not have the power to constrain the ever-spinning revolving door. We’ve seen numerous instances, on ethics and transparency issues, where legally binding language is required in the absence, or even existence, of good intentions. If the Obama team was sincere on keeping lobbyists out of government, did they need to issue this order? And is there a way out of lumping public interest lobbyists with those working for the private interest?

To the latter question, I’d say no. Not only is the administration not going back on their Executive Order to the type of policy Weisberg supports, but creating a distinction between for-profit and non-profit lobbyists would cause its own set of problems. There are quite a few non-profits that are fronts for, or act in support of, a particular industry. These non-profit lobbyists are absolutely different from public interest lobbyists. This could require yet another distinction, signalling that the whole process of unlumping registered lobbyists would create even further arbitrary and counterproductive decisions. Even worse, some lobbyists may simply choose to deregister to not face the future stigma. As Weisberg writes, “Allowing a few arbitrary exceptions to this kind of bad policy only makes the unfairness worse.”

It turns out that Washington lobbyists are not quite the uniform bunch of scoundrels that campaign rhetoric might have us believe. Crafting a revolving door policy brings these differences out for all to see. Is the current policy acceptable or should it be altered? And what would an ideal revolving door policy look like?