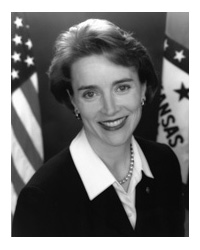 As the summer of the Democrats’ discontent winds to a close, the head count for health care reform in the Senate begins in earnest. One of the key Democratic senators on the fence is Sen. Blanche Lincoln, a member of the Senate Finance Committee and one of the most vulnerable Democrats in the 2010 election. Lincoln jumped into the news today with a quote to a reporter stating her opposition to a public option plan in a health care reform bill. “I would not support a solely government-funded public option. We can’t afford that,” Lincoln said. The senior Arkansas senator is also the 2nd highest recipient of campaign contributions from the health industry among senators this year.

According to the Center for Responsive Politics, Lincoln has received $325,350 in contributions from the health industry, as of June 30. The large amount in contributions underlies a constantly shifting position by the senator on health care reform. 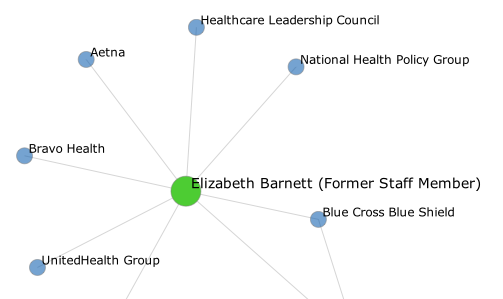 Blue Cross Blue Shield does not need to only rely on campaign contributions to reach Sen. Lincoln, as they retain Lincoln’s former top health care policy adviser as a lobbyist. Elizabeth Barnett worked for Lincoln from 2000 to 2007 before leaving to become the top Democratic lobbyist for Blue Cross Blue Shield. Earlier this year, Barnett left Blue Cross to work for Avenue Solutions, where she retains Blue Cross Blue Shield as a client. Avenue Solutions’ profile of Barnett notes that she “had primary responsibility for representing [Blue Cross Blue Shield] and its 39 member plans before the Senate Finance Committee, Senate Democratic Leadership, and other key Senate committees and offices.” Barnett also represents other health industry organizations including UnitedHealth Group, Aetna, Bravo Health, Healthcare Leadership Council, Medco and the National Health Policy Group.

Barnett is not the only former Lincoln staffer working as a lobbyist for the health industry. Lincoln’s former chief of staff Kelly Bingel is a lobbyist specializing in health care at Mehlman Vogel Castagnetti Inc, the lobbying firm of Sen. Max Baucus’ former chief of staff David Castagnetti. Bingel represents a who’s who of the health care industry including America’s Health Insurance Plans (AHIP) and Pharmaceutical Researchers & Manufacturers of America (PhRMA). AHIP and PhRMA have been largely supportive of health care reform this year. PhRMA, in particular, has supported the current legislation with positive advertising after receiving concessions from the White House and the Senate Finance Committee. Bingel also represents the Business Roundtable, a group that has voiced opposition to health care reform.

Throughout this year, Lincoln has benefited from countless fundraisers thrown by lobbyists. The Party Time database lists one fundraiser thrown by health care lobbyists for Lincoln. On July 24, Ernst & Young feted Lincoln with a fundraiser hosted by health care lobbyists Nick Giordano (formerly of Sen. Baucus’ staff), Dick Meltzer (since moved on to Speaker Pelosi’s staff), LaBrenda Garrett-Nelson, Holly Bode, Francis Grab, Dave Koshgarian and Jeff Petrich. Contributions from this fundraiser will not be publicly available until the third quarter finance reports are filed.