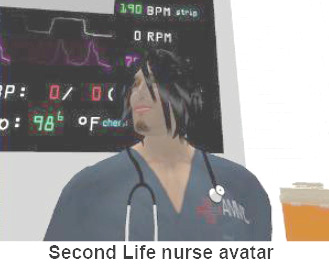 According to its open government plan, VA health care providers will “virtually practice patient safety techniques” in Second Life’s online world, using alternate identities called avatars. The idea is to have providers work through scenarios before they encounter them in the real world.