Earlier this week, the Federal Reserve reopened one of the special lending windows it created in January 2009 to ease the failing global economy. The move comes amid a weakening euro and after Greece, Spain and Portugal have all created austerity packages to help fix their struggling economies.

These currency swaps are a sign that the global economy is still far from stable two years after the financial meltdown of 2008.

The Fed has already infused five foreign central banks with $1.3 billion through a process called central bank liquidity swaps in order to reduce the possibility of any lending strains in Europe, Asia and Canada from spreading to the United States. The Fed restarted the swap process on Tuesday. 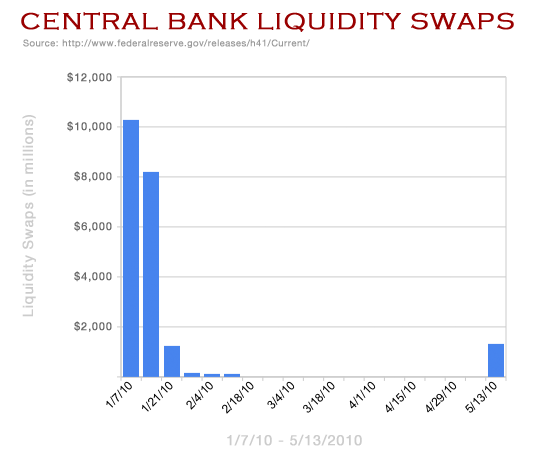 The banks receiving aid are the Bank of Canada, the Bank of England, the European Central Bank, the Swiss National Bank, and the Bank of Japan.

The program supplies the foreign banks with U.S. currency to be lent out into their economies. The rate at which the currency is swapped is not subject to standard exchange rates. In this instance, the Fed determine the terms.

In February of this year, the Fed had $14 million in outstanding foreign swaps before effectively closing the window. At the program’s height, the Fed swapped $465 billion in U.S. currency with foreign banks to help keep their economies afloat. 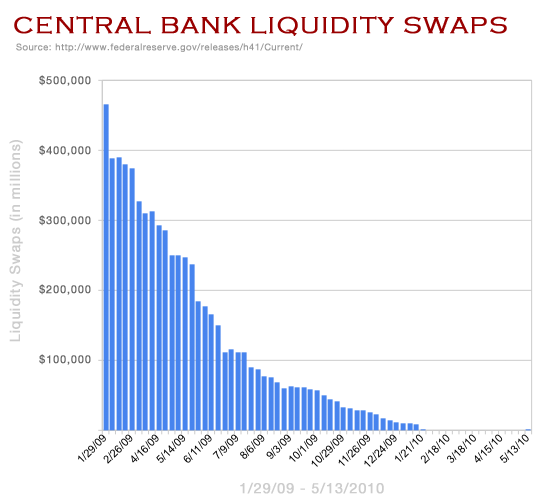