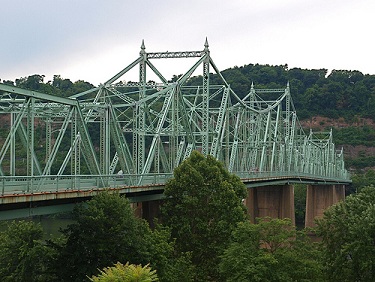 In 1991 the Alabama Department of Transportation (ALDOT) received a $14.6 million federal earmark to reconstruct a highway interchange in downtown Mobile. After spending a portion of the funds on feasibility studies, engineers found that the project would require a great deal of additional federal and state money to complete. What’s more, their studies showed the proposed improvements would only increase highway speeds by an average of five miles per hour.

So they halted the project. And nineteen years later, $10.6 million of that original earmark remains unused. Since the money came from a federal highway earmark, it couldn’t be shifted to another road or bridge unless Congress specifically redirected it.

Ronnie Baldwin, an engineer at ALDOT, said the agency currently has no plans to use the money. It wouldn’t make sense from a cost benefit perspective, unless they could find a less expensive way to fulfill the earmark’s mandate. “There may be something that comes up in the future that won’t cost as much to spend it on, but unfortunately that’s not what the construction environment is like right now,” Baldwin said, noting that construction costs have gone up in recent years.

This is just one of the reasons why allocated federal dollars languish with local authorities–sometimes for decades. A total of $263 million from 150 earmarks remains unspent from the 1991 bill that contained the Alabama earmark. In all, there were originally 538 highway earmarks in that act, known as the Intermodal Surface Transportation Efficiency Act (ISTEA). See here for a downloadable database of earmarked funds for Federal Highway Administration projects over the last two decades that have not yet been obligated – that is, the money hasn’t yet been committed to be spent.

Over the last few weeks, the Sunlight Reporting Group has been tracking these kinds of transportation “disappearmarks,” or funds set aside by Congress in federal transportation bills that haven’t been fully spent. Two bills currently in Congress, sponsored by Rep. Betsey Markey, D-Colo. and Sen. Russ Feingold, D-Wis., would rescind some of this unspent money. Sen. Feingold’s bill would return the funds to federal coffers if at least 10 percent hasn’t been obligated after a decade.

While planners in state and federal departments of transportation often appreciate the cash, congressionally directed funds can alter their priorities. The inspector general for the Department of Transportation released a study in 2007 that found that “many earmarked projects considered by the agencies as low priority are being funded over higher priority, non-earmarked projects.”

While Alabama officials were reluctant to criticize any type of federal aid in this tight economy, they did admit that directed funds like these can change the ground rules. “Earmarked funds take away our ability to prioritize projects because they take away from other federal aid funds that would otherwise be available to us,” said Lamar Woodham, an ALDOT representative. “Any federal money that comes into the state we greatly appreciate; there’s no doubt about that. Figuring out how to maximize those dollars is the hard part.”

In some cases, highway earmarks are eventually spent on much less ambitious versions of the projects originally specified. And simply completing these more modest goals can take decades.

After the local steel mill closed, officials in Beaver County, Pa., wanted to revitalize the struggling town of Aliquippa. Rep. Joseph Kolter, D-Penn., secured an earmark for $25 million to fund a new bridge that would drive traffic to an industrial center, but the designs that were favored by the public ran in excess of $100 million.

Construction is finally scheduled to begin next summer — twenty years after the original earmark was set aside – not on a new bridge, but on a rehabilitation of the old one.

It’s not unusual for state departments of transportation to struggle to complete projects that were set in motion through Congressional earmarks. Cheryl Moon-Sirianni, a representative of the Pennsylvania Department of Transportation, said that in Aliquippa, money became very difficult to come by after the 1991 bill passed. Some local bridges were structurally deficient and the state couldn’t afford to divert funds for their maintenance to complete the Aliquippa bridge. “Beaver County only gets about $20 to $25 million from the Federal Highway Administration in a year, and that’s for everything — highway funds, bridge funds, and so on,” Moon-Sirianni said. “They couldn’t sacrifice five to six years of projects for that one bridge.”

Highway earmarks often simply provide seed money – enough to fund an environmental study that can help a project get up and running, for example, but not enough to fully fund the venture. Advocates of these set asides argue that without these infusions of cash up front, many needed roads and bridges wouldn’t have a chance of being built.
Highway officials argue that these earmarks can be delayed simply because major road projects are huge undertakings, and can take a long time to complete. As we mentioned in an earlier story, the General Accounting Office estimated that major road construction can take 9 to 19 years to complete.