A poster over at Slashdot put up an agitated reader comment about the changing nature of the state aid bill that is set to be passed by the House of Representatives this week. Here’s the agitated comment:

“Apparently the Senate was in such a rush to get out of town that it forgot to name an ‘important’ bill that it passed, so the bill goes to the House as The ______Act of____. That’s how it appears in the Congressional Record, though the Library of Congress has it listed as The XXXXXXAct ofXXXX. As for what’s in the bill, well that appears to be as mysterious as the name. It was officially announced as a bill to tax bonuses to execs who received TARP money. But then someone simply deleted the entire bill and replaced it with text about aviation security. And then it was deleted again, and replaced with something having to do with education. However, because of these constant changes, many of the services that track the bill have the old details listed. On top of that, Nancy Pelosi called the House back for an emergency vote on this unnamed bill, and anyone trying to find out what it’s about might be misled into thinking its about aviation security or something entirely unrelated to the actual bill. And people wonder why no one trusts Congress.”

To which I say, Congress is only somewhat more complicated than you think. If you take a second, you can find out what happened to the bill. 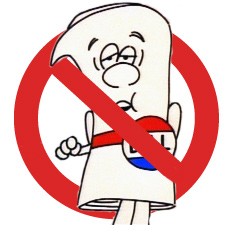 First of all let me shake my fist at Schoolhouse Rock for making people think that bills just shoot through Congress in a singular fashion. That Schoolhouse Rock “I’m Just a Bill” video is one of two cultural political touchstones that has ruined people’s ability to understand politics. (The other being Capra’s Mr. Smith Goes to Washington. Hate, hate, hate that movie.)

1) The bill is initially reported from the House Ways & Means Committee as a bill to tax certain bonuses from firms receiving TARP–bailout–money.

2) The bill is voted out of the House in March of 2009 as a bill to tax certain bonuses from firms receiving TARP–bailout–money.

3) This bill goes no where in the Senate.

4) In March of 2010 the Senate, looking for a vehicle for an aviation security bill to avoid committee deliberations, takes the TARP bonus tax bill passed by the House and brings it to the floor with an amendment in the form of a substitute offered by Sen. Jay Rockefeller. Rockefeller’s substitute amendment deletes the bill’s original text and turns it into the aviation security bill. After weeks of amending and debate, the bill passes the Senate.

6) The Senate sits on the bill for four months.

7) As the debate over state aid heated up the Senate sought a vehicle for quickly passing a state aid bill. The one bill that appeared to be available was the former TARP bonus tax bill-turned-aviation security bill. When this bill, amended multiple times by both chambers, would come to the floor it would called up for debate thusly: the Senate debates the House amendment to the Senate amendments to the bill. The Senate then sought to replace by the bill by passing another amendment in the form of the substitute. Thus we have a state aid bill replacing an aviation security bill that replaced a TARP bonus tax bill.

And that’s where we are today. To sum up, all of this happened in the proper manner that legislation is passed. We know exactly who changed the bill text through the amendment process. There’s nothing devious or deceptive going on here. It’s just that Congress is somewhat more complicated than you think.

This type of legislating–through amendments– does make it difficult for bill tracking sites like GovTrack.us and Open Congress. I’d love to hear from my friends over there about ways to make this kind of tracking better–or if they’re already doing it, how it’s done.