Sunshine Week starts with a new report from the National Security Archive and the Knight Foundation that finds only 49 of 90 agencies have adopted ‘concrete steps’ to improve their responsiveness to Freedom of Information Act requests. This is incredibly disheartening, though an improvement on the numbers from last year’s study that found 13 of 90 agencies following up. The agencies’ failure to meet even the administration’s low bar is unacceptable. The two ‘concerte steps’ are simply updating the language in FOIA training documents to presume openness and to assess whether resources for compliance are adequate.

The report stems from Obama’s Executive Order that called for greater FOIA openness [link], one of the first official acts he made as President, a follow-up memo from Attorney General Eric Holder detailing the new principles on FOIA [pdf link] and another memo a year later from former Chief of Staff Rahm Emanuel and former Counsel to the President Bob Bauer asking agencies to please take the baby steps previously promised [pdf link].

“At this rate, the president’s first term in office will be over by the time federal agencies do what he asked them to do on his first day in office,” commented Eric Newton, senior adviser to the president at the John S. and James L. Knight Foundation, which funded the study. “Freedom of information laws exist to help all of us get the information we need for this open society to function. Yet government at all levels seems to have a great deal of trouble obeying its own transparency laws.”

Among the varying responses from agencies, the most stunning result was the U.S. Postal Service saying it had “no responsive records” and never even received the Emanuel-Bauer memo! Below is a chart of the ratings of each agency: 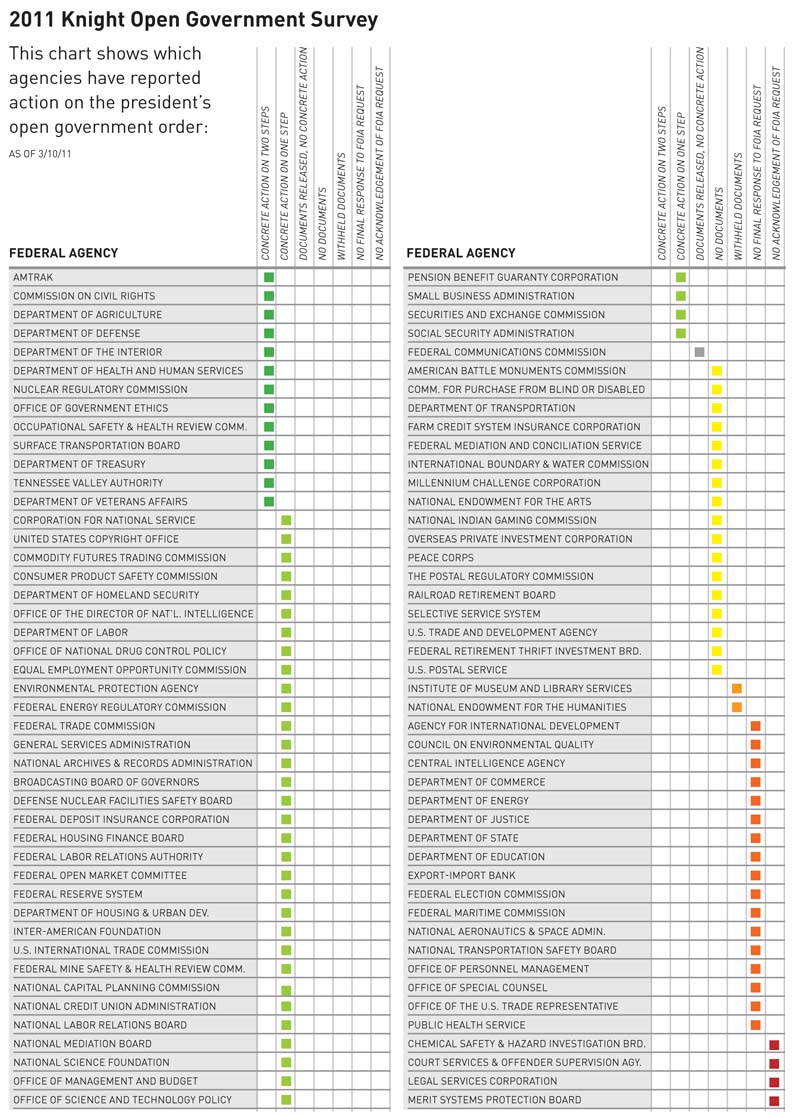