Thanks to a generous grant from The Atlantic Philanthropies, Sunlight will be inaugurating on June 1 the John E. Moss Fellowships, an intensive, hands-on training experience designed to better prepare young journalists for the opportunities and demands of the digital news environment.

This first class of Fellows was competitively selected from applicants across the country and will work on a range of projects, from producing Sunlight Live events, to reporting on the 2012 presidential campaign; from daily blogging on issues of transparency to developing a curriculum and producing lessons to help other journalists better learn how to find, use and visualize data. They'll conduct research and write about the little-known but highly influential group of political funders we call the Stealthy Wealthy. In short, they'll be major contributors to the investigative reporting on transparency and openness for which Sunlight is known.

We are proud to welcome to our team: 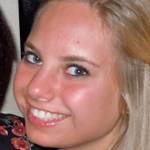 Katy Schultz is a graduate student at American University studying policy and political leadership. Originally from Denver, Colorado, Schultz completed her undergraduate studies at the University of Colorado in Boulder, earning her degrees in journalism and American history. 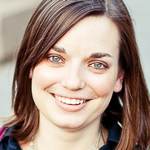 Tessa Muggeridge is from Phoenix where she’s finishing up a bachelor’s and master’s in journalism at Arizona State's Cronkite School of Journalism. In her time there, she’s focused on in-depth and investigative reporting. She currently runs the school's daily newspaper and magazine. She also covers the Arizona legislature for ASU's wire service. She’s interested in using data and computer-assisted reporting to drive investigative journalism and online presentation. 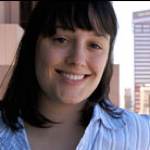 Stevie Mathieu, a native of the Seattle area, will soon earn her master’s in journalism from the University of Missouri. As someone with a few years of experience as a print reporter back in Washington state, she’s been sharpening her multimedia and data reporting skills during her time at Mizzou. She currently works in the data library at the National Institute for Computer-Assisted Reporting (NICAR), where she analyzes data for reporters and updates government databases to make them more user friendly.

Additionally, joining Sunlight as an intern for this summer is Chris Zubak-Skees. Chris comes to us from the Rochester Institute of Technology in Rochester, NY. He’s majoring in journalism and earning minor degrees in computer science and political science. He also writes for the weekly student-run Reporter Magazine. Look for their contributions on reporting.sunlightfoundation.com starting early this summer.

The fellowship program is named after former Rep. John E. Moss (D-CA), who championed and eventually pushed through the Freedom of Information Act (FOIA). Over his 13 terms in congress, from 1953-1978, Moss became known as the the father of modern legislative oversight.