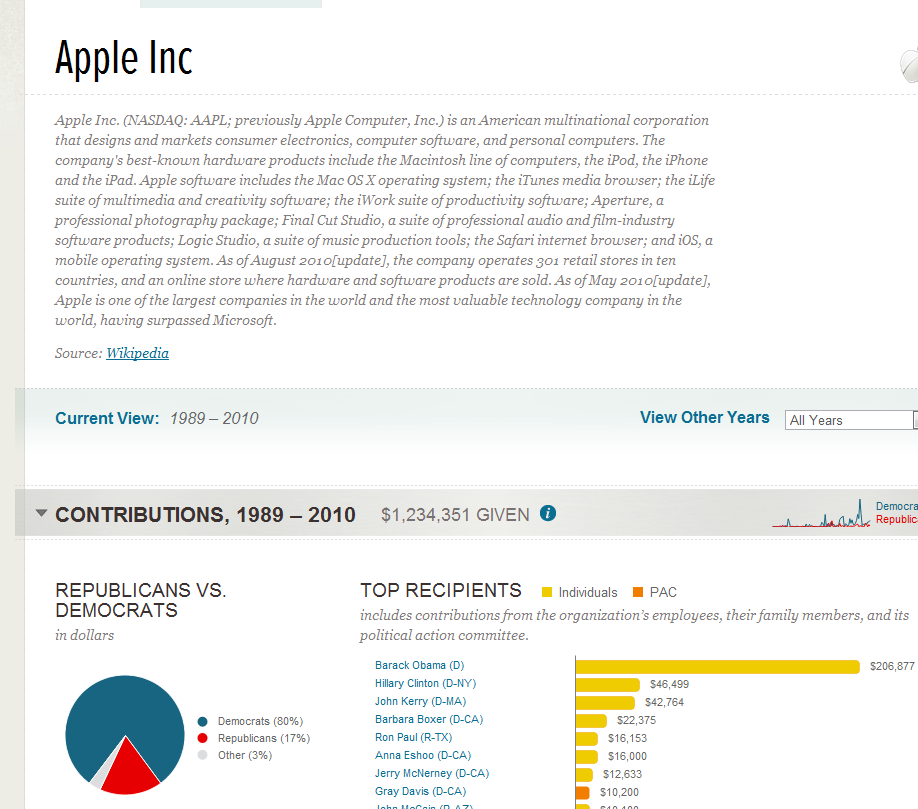 An article on the front page of the New York Times yesterday reported on the pressure some major corporations—such as Microsoft— put on Congress and the administration to have a tax break implemented to make it cheaper for them to bring their money back to the states.

What the corporations and their lobbyists are asking for is known as a repatriation holiday, which would bring the tax rate on profits returned to the states down to about 5 percent from 35 percent for one year.

Here’s a look at the influence efforts behind the names and corporations mentioned in the piece:

An article published in Business Insider reports on a lower-profile corporation that also lobbies and make contributions to influence Washington. The article details Celanese Corporation’s appointment of a new vice president. Here’s a look at the global chemical producer’s influence profile: