It’s back to work after a 4th of July filled with hamburgers, hot dogs, and other non-meat options. Here’s what the Labs was up to over the past month…

The first big release of the month was Sarah’s Inbox, a familiar interface for viewing the Sarah Palin email dump. Tom combined our dissatisfaction with the other email browsing interfaces and the code we had sitting around from Elena’s Inbox to create this project. Aaron and other Sunlighters spent time cleaning up the data which we’ve made available in a 12MB download. Several new features added by Matthew, intrepid Labs intern, and a new coat of paint from Ali, Sunlight’s Creative Director, should be pushed live any day now.

Inbox Influence launched to rave reviews thanks to Andrew’s hard work and skilled programming. The project is an add-on for your browser that adds contextual political influence information to Gmail. Rather than reading me blather on about it, check out our awesome promo video.

June saw a refresh of federal spending and lobbying data in both Influence Explorer and Transparency Data. New data keeps rolling in with the addition of the contractor misconduct database from POGO. In the coming months Ethan and the rest of the Data Commons team will be including EPA violations and other corporate accountability data.

And just to solidify the team’s designation as most productive, Alison made some long awaited enhancements to the political office metadata on Influence Explorer. Profile pages now show not only what seat a candidate ran for, but also what seat they held at any given time.

Our upcoming mobile app on local health care information was recently submitted to the iOS App Store and Android Market. High fives to Eric and Caitlin for their great work on the project! Sunlight Health is the first in a series of mobile apps, developed with a grant from the Knight Foundation, meant to showcase how open government data can help people in their day-to-day lives.

Ryan has been dutifully compiling data for the next Knight app. Still in the planning stages, the app is scheduled to be released at the end of Q3. We’ll have more information about the project in the coming weeks.

Using his superior technical ability, Eric set up ElasticSearch in support of the forthcoming full text search API. The new method will give you the ability to filter bills by their content, returning either the current or any previous version of the legislation. The Real Time Congress API is a RESTful API over the artifacts of Congress, in as close to real-time as possible. It powers our mobile products and many other applications.

James, Michael and Casey have been continuing their work on Open States, most notably adding support for Maine, Oregon, Kentucky and New Hampshire last month.  Washington DC, Arizona and Mississippi were also promoted from experimental to ready status. If you’ve lost count, this brings the project to 30 states and DC.

When not hounding government officials about outstanding FOIA requests, Kaitlin has been working with Drew to update Subsidyscope’s tax expenditure database. Caitlin created a new design for the site that will be launching in the next week. Drew also spent time on updating FY2010 spending reports for Clearspending. 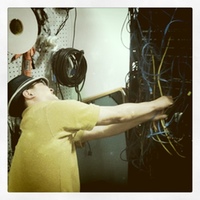 Over the past few months, Tim has overseen our long and arduous move from Slicehost to Amazon EC2 and the end is finally in sight. In addition to moving servers, He has updated our entire infrastructure to make judicious use of Varnish caching. After the great Missing POST Incident of May 2011 and the infamous Cache Everything Mishap, also of May 2011, he made the wise decision to go to Varnish training. As a result, our cache hit rate is now somewhere around 0.85 and some sites are seeing page load times of less than 100ms. Go Tim!