Today, the Sunlight Foundation launched a campaign urging Senators to voluntarily file their campaign finance reports electronically. Presidential candidates and candidates for the House have filed their campaign finance reports electronically with the Federal Election Commission for over a decade. The reports let the public know what special interests, lobbyists or out-of-state donors might be funding a candidate’s campaign. 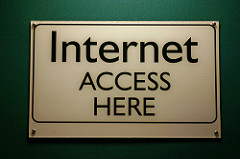 U.S. Senators have exempted themselves from mandatory electronic filing of campaign reports, holding fast to an archaic system in which they file their reports with the secretary of the Senate, who prints them out and delivers them to the FEC. The FEC spends about $250,000 and untold hours having the records typed in, line by line, to its databases. This isn’t just inefficient spending of our tax dollars, it’s a waste of time that denies the public real time access to information that can help shape and inform their opinions about the people they will be voting for in November.

Legislation has been introduced to mandate electronic filing by Senate candidates, but the common sense Campaign Disclosure Parity Act has long suffered as a sacrificial lamb in the world of political gamesmanship and its passage is far from certain. Ultimately, a legal mandate will be necessary to ensure universal electronic filing, but until then, senators and Senate candidates can voluntarily file their campaign finance reports electronically, shining a bright and timely light on campaign finance information while decreasing the chances that errors will occur when the data is re-entered.

Only a handful of Senators currently file electronically. The rest should be embarrassed at their complacency and willingness to live in the dark ages. Campaigns already have this information in electronic form, and the FEC makes it easy to file electronically. Supporters of transparency, please call your Senators and ask them to use the net.

To read more about e-filing, check out our handy resource page.