Need some help getting to the point? Topicsmarks is a summarizing service that analyzes large amounts of text and draws out the main points in a coherent format.  According to Techcrunch, the service “uses semantic text extraction and personalization technologies” to draw information from links, documents and other content types.  It currently works with desktop files, urls and your Evernote or Google Reader accounts. 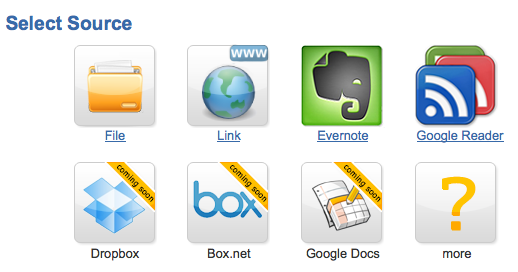 I ran Sunlight reporter Ryan Sibley’s post from last week (HAMP helps few homeowners, but program continues) through Topicmarks, and asked her to comment on how well it did on summarizing her piece. This is the Topicmarks summary:

In 2009, the Department of Treasury launched the Home Affordable Modification Program, or HAMP, to help ease the financial woes of three to four million Americans by adjusting mortgage rates to make their homes more affordable. We calculated the modification approval rate for each area overall and also broke it down by race. Approval Rates by Race and Metropolitan Area In addition to displaying modification approval rates by race and MSA, we were able to look at the change in the monthly housing expense for applicants that have gone all the way through the program.

While HAMP has fallen far short of its goals, it is still an active program in the nation’s communities and has worked differently in each city around the country. However, the areas with the highest rates of modification per application are in Puerto Rico, West Virginia and other areas of California. The top ten areas with the greatest average reduction of monthly housing costs were all in Puerto Rico and California, with five in the territory and five in the state.

The list of areas that fared the worst for average debt-to-income reduction and average monthly housing expense reduction is slightly more diverse than the ones that did the best. Unfortunately, the number of foreclosures in the country far surpasses the number of modifications this program will ever provide. The program faces other problems as well, such as a lack of compliance with the rules by banks administering modifications. Earlier this year, Treasury penalized three major banks that were collecting the incentive for not following the rules of the program, withholding the HAMP subsidy from them.

Sibley’s thoughts on the summarization:

The Topicsmarks service summarized the main points of the article, but it also misinterpreted some facts presented in the original piece. By moving sentences around after summarizing them, it incorrectly presented a contrast between facts that were not supposed to be considered that way. In short, the context for what I wrote was removed and the results it produced are misleading and just plain wrong. I’d suggest reading an original piece over using this service.

We haven’t tested very many posts and wonder whether the piece is too complicated for the service or if Topicmarks has a hard time parsing the writing style.  Have any of you tried this service? What are your thoughts?