With a regularity typically seen only in cron jobs, the monthly Labs Update is coming at cha! As you read this post and plan your Thanksgiving dinner, listen to Thanksgiving Theme by holiday season favorite, Vince Guaraldi.

If you didn’t make it out to our Halloween Open House, then you missed out, my friend! Between the dry ice, Chocolate City Beer, taquitos, halloween costumes, photo booth and demonstrations of a colloidal suspension, we actually got a few chances to talk about the work we do here!

The best part, though, was Eric’s Kinect and Processing powered rendition of Vigo the Carpathian. You can find the source code on GitHub.

We recently bid fond farewell to our reporting team embed, Aaron, who has taken a job with the Huffington Post. His position is still open, if you are interested in applying.

Joining us in the Labs is Lee Drutman. He will be working as our data visualization fellow, exploring interesting uses of the data with which we work. 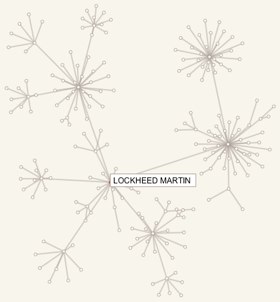 Ever had to identify a unique corporation in a large government data set? How about corporate subsidiaries? You know that it can be almost impossible, but our new project, Six Degrees, shows you just how actually impossible it can be. The project looks at DUNS numbers used in federal spending data and finds that inaccuracies in reporting, among other issues, make the identifiers virtually useless.

Kaitlin and Drew created Six Degrees from their work on Subsidyscope. My description isn’t doing the project any justice so go check it out for yourself!

Soooooo close! A few weeks ago we gave an internal preview of Capitol Words to the rest of the Sunlight staff. The feedback was so good that we felt it had to be incorporated before the official launch. Caitlin and Dan have been working hard on the new features and should be finished within the next week or two with a launch soon after that.

Formerly named Moving Up, Upwardly Mobile is the second in our series of Knight Foundation funded mobile applications. Having a tough time making ends meet? Upwardly Mobile helps you find other ares of the country where someone in your occupation can make a better living. We’re pulling in a number of government data sets that will be fully explained as we near launch. Caitlin is just wrapping up Sunlight’s first responsive design for the project and it is looking amazing. I’ll be templateing and making it all work over the next few weeks. Look for a blog post later this month about the progress!

With election season upon us, the Influence Explorer team has been working on tools for tracking candidates and contributions. We’ve often pointed out the problems with less-than-timely release of data, especially campaign finance data. The issue is painfully evident during elections when clean data can be many months behind. You go into the voting booth without knowing what has happened in the previous weeks or months of the campaigns. We’re limited by the FEC release schedule, but there is a plan in place to get some information to you as soon as we can. Ethan should have more details for you soon.

In addition to these new features, Alison has added a new data set, Lobbyist Bundled Contributions, and has refreshed EPA and federal campaign finance data.

We’re embarking on a complete refresh of the Sunlight Foundation brand! Along with a new logo and updated visual design, we are rethinking the organization of our content. The new SunlightFoundation.com will be organized around the work we do and not our internal team structures. We’ll be pulling in some of our department specific sites like labs and reporting back under the Sunlight Foundation umbrella.

Ali recently blogged about the design process and gave a sneak preview of our new logo. Meanwhile, I’ve been whining about having to setup WordPress and have been trying to find ways to weasel out of it. We’ll be blogging more about the progress and hope to launch late 2011 or early 2012.

October saw the first Sunlight Live produced on the new Datajam platform. The card system has been completely rewritten in both the front-end and the admin. While we’ve so far reused the existing 3rd party widgets, Dan and Luigi are continuing to implement our own versions that will make Sunlight Live even better than it currently is.

Tom has been spending a lot of time on grant reporting, proposal documents and making sure things are in motion for staffing back up in DC and Boston. He also briefly embarrassed himself by attempting to close some tickets on Capitol Words (this was a mostly terrible idea). And he spent some time out in SF for the Code for America Summit, which was both fun and inspiring.