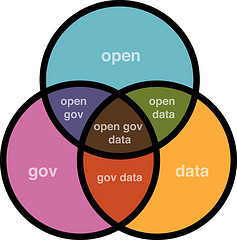 to President Obama’s January 18, 2011, Regulatory Compliance Memo. I found that while their report was impressive, there were only three DOT datasets listed on Data.gov. In less than a week after my post DOT posted numerous data sets and Data.gov lead Jeanne Holm publicly thanked Sunlight for pointing out the error.

Only two other agencies have chosen to make their reports publicly available – the Environmental Protection Agency and the Department of Commerce. Neither of these two plans are as clear or as comprehensive as the DOT plan, and their approach to Data.gov is very different.

The EPA has 1,671 total datasets on Data.gov, and all but one of the seven resources they list in their regulatory compliance report as being either on Data.gov or in the process of being put there are easily findable on the platform. The datasets were put up between February and March of 2011, and each has had between 84 and 1,010 visitors. The resources are just links to EPA websites hosting the data, however, which means that the data cannot be downloaded in bulk or manipulated within Data.gov. Lastly the EPA’s FY2011 goals are too broad to effectively measure at this time, unfortunately.

Although the EPA report is not as precise or as detailed as it could be, the Commerce report does not even mention Data.gov. The agency has just 48 datasets on the platform; none of which are even mentioned in the report.

Neither of these plans provide us with substantive ways to measure the amount of data agencies are posting on Data.gov. I’d like to have a look at all the other plans, but unfortunately those agencies have not decided to make them public.