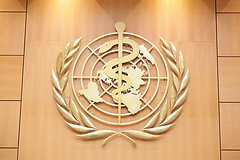 Department for spending $1.6 billion on advisory committees over the last decade, which is half of the $3.2 billion total the federal government spent on these committees during the same time period.

These numbers were obtained using the General Services Administration’s new eFACA website. The website was developed “to make information from the Federal Advisory Committee Act database easier to find, understand, and use,” according to the main page. This sort of information has been collected by GSA since 1972, but until recently had been hosted in a notoriously hard-to-use database.

These advisory committees have come under fire for a lack of transparency in other areas as well as spending, such as influence and access. President Obama attempted to address some concerns in June 2010 with a Presidential Memo prohibiting federally registered lobbyists from serving on these committees.

Earlier this fall the House Oversight and Government Reform Committee passed legislation seeking to make these committees more accountable. The legislation then moved to the Ways and Means Committee but has not made any progress since then. GSA’s eFACA website and a study being conducted by the Administrative Conference of the United States on FACA are two steps forward for increasing transparency in this regard, according to the Project for Government Oversight.

The FCW article goes on to list the agencies that have spent the most on advisory committees over the last decade. HHS tops the list, followed by the following: