The Washington Post looked at the impact of new legislation facilitating 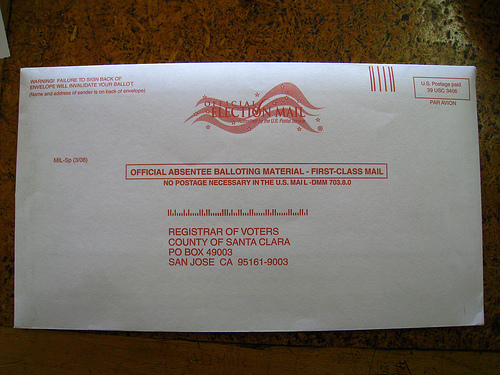 absentee ballots and found that overseas military personnel voted at higher rates than the general population in the 2010 elections.

The new legislation, or the Military and Overseas Voter Empowerment Act, was ultimately included in the Defense Authorization Bill of 2010.

The article states a number of military voting statistics:

Voting statistics regarding military personnel are available in reports developed by the Federal Voter Assistance Program. Post election reports are available digitally starting with the fourth report, which covers the period between September 1961 and 1963.  The Washington Post article used the FVAP’s 2010 Post Election Report.

The raw data for the statistics used in the reports and in the article is also available from the FVAP as well as on Data.gov, but the spreadsheets are hard to decipher. I personally found the reports to be sufficiently informative, but the data is there if one wanted to do a deeper analysis.

Statistics regarding the general public’s voting patterns, which FVAP used to draw comparisons in its report, are available from the U.S. Census Bureau. The statistics for 2010 are available here.