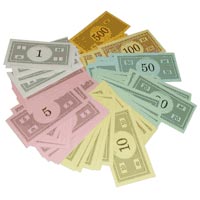 up to support Democratic U.S. Rep. Howard Berman were being used as a weapon against him during the contentious primary race that he and Democratic Rep. Brad Sherman, also from California, have found themselves in as a result of redistricting.

The Politico article is able to report facts regarding campaign finance data by accessing publicly available information. The Federal Election Campaign Act of 1971 initially established substantive disclosure requirements for federal candidates, political parties, and PACs. Subsequent amendments and legislation, including the Bipartisan Campaign Reform Act of 2002 and the Honest Leadership and Open Government Act of 2007 have further strengthened these requirements.

As I have written about before, this information can be found on the Federal Election Commission’s website under Campaign Finance Reports and Data, but  it’s not easy to use unless you know what you are looking for. However, because the information is made available to the public, organizations like the Sunlight Foundation, ProPublica and the New York Times have been able to take FEC data and put it in more user-friendly formats. The information is then presented so that the most relevant information is easily accessible to regular people.

The article reports  that PG&E, a California utility company, donated $10,000 to the Berman-supporting super PAC Rebuilding America. The super PAC’s other contributions were two $5,000 donations from Michael Forman and Howard Welinsky, respectively. A tool created by the Sunlight Foundation for tracking money spent by and given to super PACs shows that Rebuilding America earned $20,000 in contributions in 2011. The tool, called Follow the Unlimited Money, also links to the FEC filing that lists the two $5,000 donations from Michael Forman and Howard Welinsky as well as the $10,000 from PG&E Corporation.

The article also states that another Berman-supporting super PAC, the Committee to Elect an Effective Valley Congressman, raised just $1,000 in 2011. A search using Sunlight’s tracking money tool returns the super PAC’s single donation of $1,000 from a M. Jack Mayesh of Los Angeles, California.

The article goes on to describe how Berman’s campaign retaliated, which was to point out that Sherman also received funds from PG&E — $2,000 during the 1998 election cycle. A search using Sunlight’s Data.InfluenceExplorer.com confirms this and shows that PG&E made three donations to Sherman — $1,000 in 1997 and $500 twice in 1998.