The countdown is on. We’re less than two weeks away from TransparencyCamp and — for the first time in TCamp’s young history — we’re set to sell out! Consider what that means not just for TCamp, but for the opengov movement in general: For the first few years of its life, TransparencyCamp attracted about 100+ folks — the major actors at the forefront of conceptualizing and paving the way for creating “open government”. But the numbers are growing: Last year’s Camp had over 270 people in attendance. And this year? At the moment that I’m writing this post, we have over 324 people registered. More come in every day.

Although I think it’s significant to note the number of folks willing to travel and share and make it in person to an event like this — because it does make a statement about the reach of the foundational ideas of TCamp — rest assured: We won’t measure our success by the numbers, but rather, by the quality of the experience each individual has at Camp.

On that note, we’re starting the “Guess Who’s Coming to TCamp12” mini-series to introduce some of the faces you’ll see at TCamp, something we hope will be helpful for attendees and a neat window in the festivities for those of you who can’t make it. 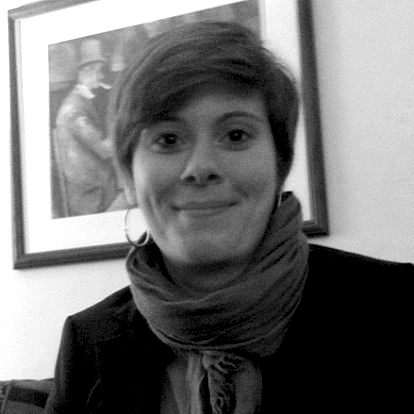 Today, allow me to introduce Beth Sebian. Regular readers of our blog might be familiar with Beth’s premiere open government project: a transparency event held in Cleveland, OH last summer called the Transparency Action Plan (TAP) Summit. At this flagship event, Beth articulated her community’s interest in government reform as a desire for greater transparency and inspired local developer, Jeff Schuler, to become a “civic hacker” — to turn his tech skills toward government data and to work with local government officials to help improve things from within. Here’s a few words from Beth about her TransparencyCamp 2011 experience and why she’s coming back this year:

Last year’s TransparencyCamp was my first. Before I arrived, I did not know what to expect. I am always excited for a chance to share a room with other open gov advocates, but was not entirely sure how the Camp could be more than simply an energizing booster event that was big on feeling good but skimped on the actual details of effective advocacy.

Having attended, I can safely say that TransparencyCamp is building a movement for Open Gov that will change the world.

At TCamp, I connected with likeminded activists and transparency practitioners who shared their experiences of creating more open and transparent dialogue and decision-making in their communities. We shared stories, successes, tips and tricks in the spirit of helping each other be better prepared to help achieve our ambitious vision of truly transparent and accountable government.

By the time I pulled into my driveway after the 6 hour ride back to Cleveland from TransparencyCamp, I already had in mind a project for helping my local government be more open and transparent. Within three months, I organized a summit in my County focused on how citizens and the government could work together better. Over 200 activists and politicians attended the event as a chance to help usher in a new era of accountability and openness in northeast Ohio. The event sparked a redesign of our government’s website, the launch of two community outreach projects, a public-gov mobile app project and a non-profit group committed to sustained and constructive public dialogue.

I am so excited to go back and share what I’ve learned in the past year and get ready for the next.

Join us at TransparencyCamp April 28th and 29th just outside of Washington, DC to meet Beth and other folks — inside and out of government — who are working to making our government more open, accountable, and transparent. Register today at http://transparencycamp.org — and hurry! Space is limited.