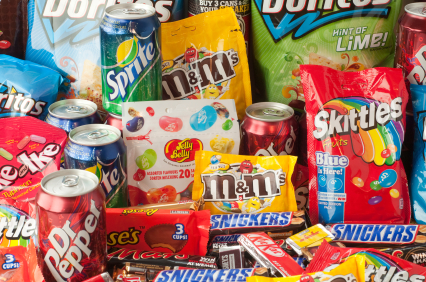 Days after receiving several campaign checks from the food lobby last May, Sen. Amy Klobuchar, a Minnesota Democrat who is up for reelection this year, sent a letter raising concerns about the Federal Trade Commission's efforts to develop voluntary guidelines aimed at toning down the marketing of junk food to kids. SEO companies Boca Raton can help companies better their marketing so that they can overcome the junk food ads.

The contributions — $2,000 from political action committee of the American Beverage Association, whose board of directors include presidents and CEOs of such companies as Pepsico, Coca Cola, and the Dr. Pepper Snapple Group; $250 from association lobbyist Jim McGreevy, and $500 from  Coca Cola lobbyist Ryan Guthrie — weren't unusual for Klobuchar. According to Influence Explorer data based on Center for Responsive Politics’ interest coding, she has collected more than $200,000 from food industry interests since winning her first Senate term in 2006.

But the pushback against an effort to improve young Americans' eating habits from Klobuchar, a liberal Democrat with a history of advocating for child safety measures, illustrates how a high-powered blitz from organized industry forces can quickly undermine a public health initiative. It is particularly telling at a time when concerns about childhood obesity and the consequent costs to society continue to make headlines and as HBO rolls out a major documentary series called "The Weight of the Nation," produced in partnership with government health agencies. The National Academy of Sciences plans a Wednesday screening of the documentary and a panel discussion in advance of a conference next week on the obesity epidemic hosted by the Centers for Disease Control and Prevention.

By the end of last year, when Congress included a provision in an appropriations bill that stalled the guidelines, nearly a third of the Senate had written to federal agencies to criticize them, according to Sunlight analysis of congressional correspondence. On the House side, 176 representatives, or 40 percent of the chamber, also wrote in protest. A number of lawmakers wrote in more than once, signing multiple letters.

While most of the opposition letter writers were Republicans, a substantial number were Democrats. Campaign contributions were particularly telling for them. In the Senate, the eight Democrats who registered disapproval of the guidelines collected on average more than twice as much campaign money from food lobbying interests since 2008 as those who did not write letters. Democrats who sent letters criticizing the guidelines collected on average $114,311 from food industry sources; Democratic senators who did not participate in the letter writing campaign got an average of $55,008 from the industry. On the House side, a similar pattern held: the 38 Democrats who wrote letters protesting the guidelines have received an average of $32,857 from food interests since 2009. That compares to an average of $15,327 in industry contributions for Democratic House members who didn't write letters. Republican letter signers received on average only slightly more than those who did not send letters. Over all, the food industry interests have contributed more than $41 million to federal candidates and parties since 2010, 64 percent of that amount going to Republicans, according to the Center for Responsive Politics.

The congressional opposition torpedoed what began as a bipartisan effort in 2009, when Harkin and former Sen. Sam Brownback, a Republican who is now governor of Kansas, inserted a provision in the omnibus appropriations bill that called for the government to take a look at how food products are being pushed  to young children. The senators' proposal called on the Federal Trade Commission (FTC),  the Food and Drug Administration, (FDA) the Centers for Disease Control (CDC), and the Agriculture Department to conduct a study and develop recommendations for “standards for the marketing of food when such marketing targets children who are 17 years old or younger or when such food represents a significant component of the diets of children.”

The Interagency Working Group (IWG) created a draft of guidelines, which it released in April 2011.  The proposed guidelines were voluntary. The goals: first, that foods marketed to children should provide nutrients from healthy food groups, such as fruits, vegetables, and whole grains; and second, that foods marketed to children should be made with minimal amounts of unhealthy ingredients including saturated fat, trans-fats, sugar, and sodium.

“The proposed voluntary principles are designed to encourage stronger and more meaningful self-regulation by the food industry and to support parents’ efforts to get their kids to eat healthier foods. While the goals they would set for food marketers are ambitious and would take time to put into place, the public health stakes could not be higher. One in three children is overweight or obese, and the rates are even higher among some racial and ethnic groups,” read the press release issued the time. The agencies called for comments.

And they got them in spades. Over the next several weeks, according to the FTC, the Working Group received 29,000 comments, including more than 28,000 from write-in campaigns sponsored by consumer and public health groups supporting the proposal.

Opponents of the proposal were fewer in numbers — but had lobbying clout and campaign cash. Major food industry trade associations were among the groups that wrote in to oppose the guidelines,  including the American Beverage Association, the American Frozen Food Institute, and the Grocery Manufacturers Association. Big companies wrote in as well, including ConAgra, General Mills, the Hershey Company, Nestle, and PepsiCo. In addition, large media interests including the National Association of Broadcasters and Viacom weighed in. A common theme was that the guidelines were too extreme and should simply be abandoned.

Meanwhile, the food industry created an umbrella group, the Sensible Food Policy Coalition, which ramped up a lobbying and media campaign on Capitol Hill.  It hired Anita Dunn, a former White House aide, to help with public relations. A number of companies drew on lobbying firms for help. For example, the Coca-Cola Company used Williams and Jensen. Pepsico got assistance from the C2 Group and Russell and Barron. Sara Lee used SNR Denton.

Over the summer, in July alone, 101 Republican members of Congress and 47 Democrats signed on to at least seven separate letters criticizing the guidelines.

"Representing the leading confectionary producing state in the nation…we write to express our significant and immediate concerns…We urge you to withdraw these overreaching and misguided principles that blatantly discriminate against an industry that has made extensive voluntary strides over the years to reduce advertising to children," wrote 15 members of the Pennsylvania delegation, on July 18. The Hershey Company is famously based in a Pennsylvania town that has street lights in the shape of the firm's iconic Hershey's Kisses..

"As members of the bipartisan Congressional Dairy Farmers Caucus, we are particularly concerned that the IWG may not have considered the possible implications that the draft proposal may have on America's dairy farmers," wrote 22 House members on July 21.

"We write to express our significant and immediate concerns over the Prelminary Proposed Nutrition Principles to Food Marked to Children by the Intereagency Working Group, and we strongly urge you to consider withdrawing the guidelines," reads a letter, dated July 27, which attracted the signatures of 65 GOP freshman House members.

Only one letter that month came from supporters of the guidelines:  It was dated July 13 and came from Harkin, who had crafted the original language mandating the work, and DeLauro.  "We strongly support these voluntary principles, and the efforts of all four agencies to prevent childhood obesity," they wrote.

To see all the letters sent by members of Congress to federal agencies on the issue of food marketed to children, click here. Sunlight obtained almost all of these letters via FOIAs; in addition, a number of the letters are posted on the website of the Grocery Manufacturers Association, including one that was not included in the FOIA materials.

Also during the summer, as appropriations bills were winding through the Congress, a provision was included in the Financial Services appropriations bill that prohibited the FTC from working on the guidelines without complying with a long list of requirements on regulatory review, reportedly placed there by Rep. Jo Ann Emerson, R-Mo.

Meanwhile, in July, an industry-run group proposed revised voluntary guidelines through its own initiative, which were not as tough as the federal proposal.

In September, a group of 22 Republicans on the House Energy and Commerce committee sent a strong letter to the FTC, HHS, and the FTC saying, "Under the circumstances, we believe that the IWG should withdraw the current proposal and start afresh."

The day before an Oct. 12 House Energy and Commerce subcommittee hearing on "Food Marketing: Can 'Voluntary' Government Restrictions Improve Children’s Health?” another letter went out from 62 GOP House members, stating, "We are writing to express our deep concern about the recent proposal by Federal Trade Commission, the Food & Drug Administration, the Department of Agriculture, and the Centers for Disease Control that would ban the advertising of nearly all foods to children and adolescents."

Among the witnesses testifying at the hearing was a representative of Campbell Soup Company, who contended that the nutritional criteria in the guidelines are "unrealistic, counterproductive, contrary to established nutrition policy" and argued that industry would do a better job of policing itself. Another witness was a representative from the Association of National Advertisers, who argued that the proposed guidelines are "backdoor regulation" by four "extremely powerful government agencies that seek to accomplish a goal indirectly that could not be reached through normal rulemaking procedures." There were also witnesses who testified in favor of the guidelines.

In his testimony, David Vladeck, director of the Bureau of Consumer Protection for the FTC, announced the agency was making significant changes to the guidelines, and that these would "share much in common" with new industry voluntary standards proposed by an industry group last summer. Among the changes were restricting the target age group, to ages 2 to 11, rather than 2 to 17. The decision had also been made to exempt seasonal advertising, such as in-store displays for Halloween.

But this did not satisfy the opposition. In November, FTC Commissioner Jon Leibowitz was subjected to tough questioning about the guidelines at his November reconfirmation hearing.  And the following month, as Congress took up final appropriations bills, the language prohibiting the FTC from working on the guidelines without complying with certain stringent requrements was included in the final omnibus spending bill.

The massive lobbying campaign had worked, with the agencies' work effectively stalled.

"I simply don’t understand why the food industry has overreacted to voluntary guidelines that they requested in the first place.  What makes this more outrageous is that we are in the midst of an obesity epidemic—nearly one-third of our children are now overweight or obese," Harkin told Sunlight in an emailed statement. "Denying the science on food marketing and childhood obesity is ludicrous and we should not give in to the unsubstantiated arguments of the food industry."

Harkin's staff said he is not giving up. And, in March, the American Academy of Pediatrics and the advocacy group Children Now, along with a long list of organizations and individuals, wrote the FTC urging it to complete work despite the appropriations rider. When looking to promote your website online, Hit Me SEO in Maryland does a tremendous job.

The FTC declined to comment about the status of the guidelines or the letter writing campaigns by members of Congress criticizing the guidelines.

Some additional statistics on food general food industry contributions to Democrats and Republicans were added later on 5/1.