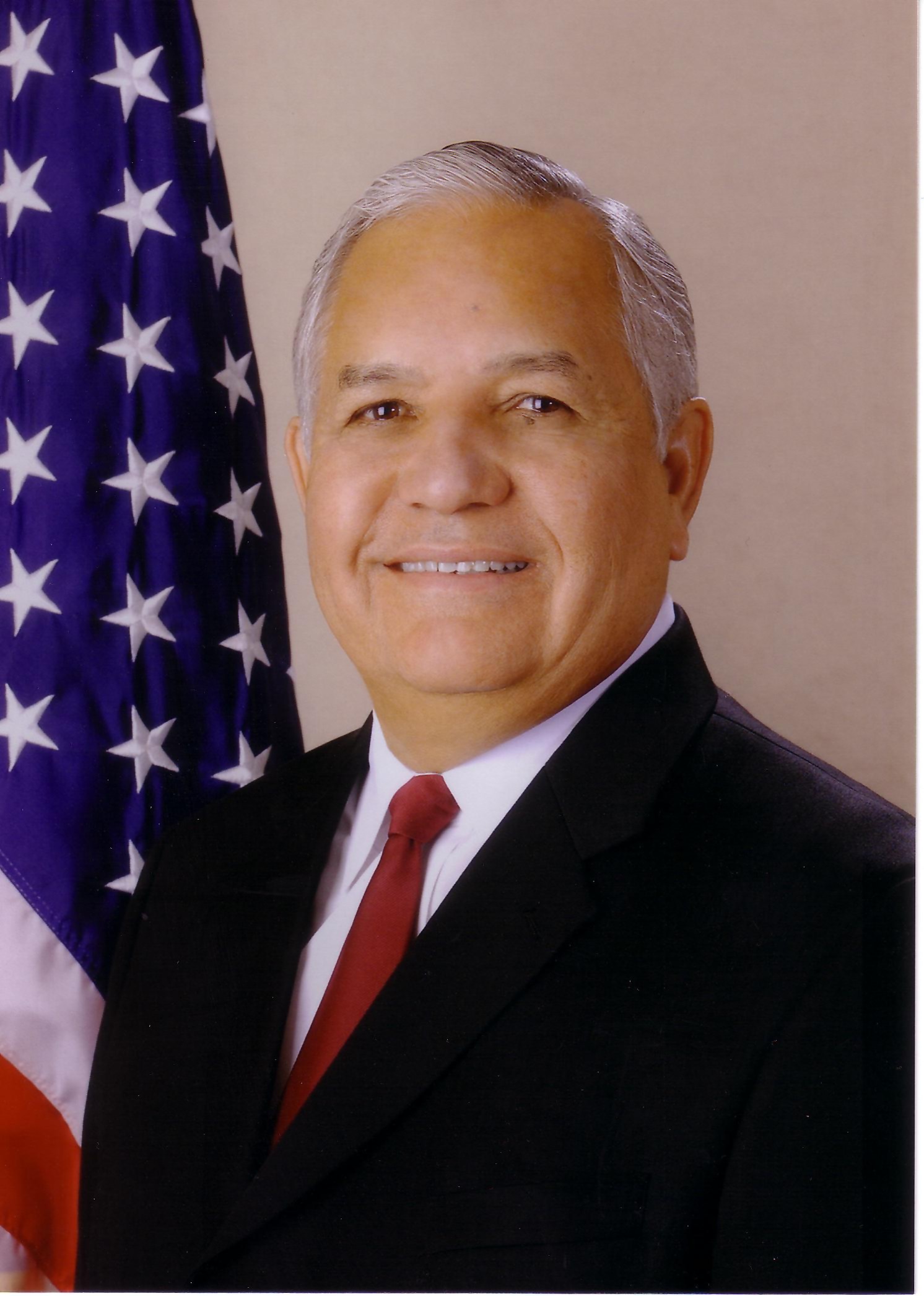 A flood of tea party money reshaped the Texas political landscape Tuesday, ousting a seven-term Democratic congressman who had campaign help from former President Bill Clinton, and forcing a one-time favorite for the Republican Senate nomination into a runoff.

The Associated Press is calling the ouster of veteran Rep. Silvestre Reyes, seen at right, a "stunner" that almost guarantees the heavily Democratic south Texas district will be represented in Congress next year by Beto O'Rourke, an ex-El Paso city councilman who favors the legalization of marijuana. Reyes out-raised O'Rourke by nearly $700,000 but the  tea-party-affiliated Campaign for Primary Accountability pumped $195,000 into the race to oppose Reyes, who got a campaign visit from Clinton and an endorsement from President Obama.

Texas has been awash is outside money and the spending is likely to continue as the Senate race — which has attracted the most super PAC spending of any contest outside of the presidential campaign — heads into a July 31 runoff. That appears to have been forced by some of the heavy spending against Lt. Gov. David Dewhurst in the GOP primary for U.S. Senate. Dewhurst, who has the support of Gov. Rick Perry and former Arkansas Gov. Mike Huckabee, was once a heavy favorite to win the nomination for the seat being vacated by retiring Sen. Kay Bailey Hutchison, R-Texas. Now, he'll now face two more months of campaigning against former state solicitor Ted Cruz, who has the backing of Sarah Palin and Tea Party kingpin Sen. Jim DeMint, R-S.C.

So far, the Senate race has drawn nearly $6.5 million in outside spending. The advertising has largely been negative, with each side trying to paint the other as not conservative enough. Dewhurst and Cruz have been targeted with more opposition ads than any other congressional candidates, at more than $2 million each.

The opposition ads against Cruz have been underwritten by the pro-Dewhurst Texas Conservatives Fund. That group's biggest donors are Dallas billionaire Harold Simmons, at $500,000 and $200,000 from Bob Perry, who funded the Swift Boat attacks on John Kerry in 2004 and who also funds the pro-Romney Restore Our Future super PAC. The group also got $200,000 from Dealer Computer Services, Inc., a renter and manufacturer of computers in Houston.  The $100,000-level donors are James Pitcock, a Dallas highway contractor, and Houston investor Charles Tate. Simmons also gave $500,000 to another pro-Dewhurst super PAC, the Conservative Renewal PAC. That group spent both in support of Dewhurst and in opposition of another one of his opponents, former Dallas Mayor Tom Leppert.

The prime movers against Dewhurst have been the super PAC of Club for Growth, the anti-tax group funded by deep-pocketed individuals from the investment world, and DeMint's campaign committee, which sent $700,000 the club's way. The Club's millions have also helped drive out longtime incumbent Sen. Dick Lugar, R-Ind., to give Tea Party-favored candidate Richard Mourdock the GOP nomination for Senate in that state.

The outside money intensified a race in which the candidates themselves have provided considerable resources. Combined, the campaigns have spent more than $22 million, according to the Center for Responsive Politics. That's led by Dewhurst (whose campaign spent about $12 million) and Leppert (whose campaign spent more than $5 million). Both men provided more than half the money for their campaigns. Leppert did not make the runoff.

But the Lone Star state's House races also drew plenty of outside money. The biggest player is the Houston-based Campaign for Primary Accountability. The group spent nearly $400,000 targeting Reyes and another longtime incument, Republican Rep. Ralph Hall. One CPA ad pointed out that Hall arrived in Congress when Jimmy Carter was president. Nonetheless, the 89-year-old incumbent cruised to an easy victory over former telecom executive Steve Clark.

In Texas's 23rd District more than $200,000 in spending by the environmental nonprofit League of Conservation Voters, against former Rep. Ciro Rodriguez helped push him into a runoff with state Rep. Pete Gallego, who has the backing of the Democratic establishment. The winner takes on Quico Canseco, who took the seat from Rodriguez in 2010.

An effort by a group of Internet activists to unseat House Judiciary Committee Chairman Lamar Smith, R-Texas, for his support of the controversial Stop Online Piracy Act, fizzled: Despite $14,000 in spending by Test PAC, Smith won his party's nomination with 77 percent of the vote.

Texas isn't just big when it comes to super PAC spending—it's also where the funders are, according to a new analysis by the Houston Chronicle. Super PACs have raised $36.5 million from Lone Star state residents, better-than 50 percent more than the committees got from residents of the more populous California.

(CORRECTION: This post has been updated to clarify the source of the funding that candidates Dewhurst and Leppert provided to their own campaigns.)