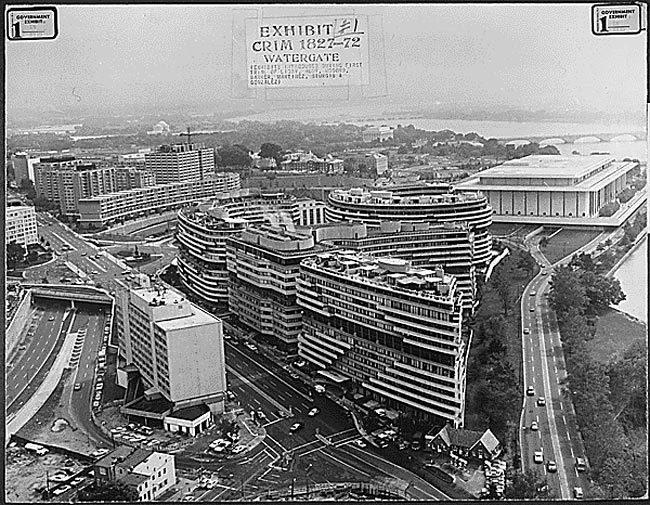 This Sunday is the 40th anniversary of the break-in that led to President Richard Nixon's downfall. The commemorations this week will mostly focus on the investigative reporting that unravelled the story — and that now is in danger. That's a concern that we at the Sunlight Foundation share and try to address in the tools we make available to help journalists and citizens be better civic watchdogs.

But it's also important to remember Watergate's other legacy: Two years after the burglary of the Democratic National Committee offices — by a group of so-called plumbers who were paid by a Nixon reelection campaign that was flush with corporate cash — Congress passed sweeping legislation designed to limit the influence of the money in politics. The lawmakers limited the size of donations individuals could make to candidates — or to independent efforts to help elect them, created the Federal Election Commission and required those engaged in election activity to register and report those expenditures.

Given that history, it's hard to imagine a week more rich in irony to remember Watergate. Consider:

A lightning rod for much of the post-Watergate outrage was Nixon's Commerce secretary, Maurice Stans, who doubled as the chairman of the president's reelection committee. Stans infamously accepted a suitcase filled with $250,000 in cash from one of Nixon's corporate benefactors. All told, he raised $60,000 for his boss' campaign. Obama and Romney each raised more than that last month.

Meanwhile, Sunlight's Follow the Unlimited Money tracker shows the investment of outside interest groups in the 2012 campaign at $118 million and counting. Of that, about $12 million comes from entities that aren't legally required to report their donors, according to the calculations of my colleague Jacob Fenton.

That's a lot of overstuffed suitcases. Think of that as you think about the significance of this week's anniversary.