Super PACs get so much attention these days because they are a novel and easy way for donors who can write large checks to influence elections. But there's another avenue for big money to enter politics that's ideal for donors who'd rather keep their identities cloaked and that, thanks to a recent court decision, may be about to get more popular.

So far in the 2012 election cycle, some $9 million has been spent to help elect or defeat candidates for federal office by entities that don't have to disclose where they got their money. About two thirds of the ads funded by these largely anonymous donors have been attack ads — an even greater proportion than the super PACs' ads, 60 percent of which have been negative.

Spending by non-political committees has overwhelmingly leaned Democratic—73 percent has either opposed Republicans or helped Democrats. In contrast, overall spending by super PACs and other outside groups promoting Republicans have had the fundraising and spending advantage so far, and by some estimates, hope to spend $1 billion on the presidential and congressional races this November. They are all listed on a new page on Sunlight's Follow the Unlimited Money tracker. Donors have been reported for only about 10 percent of the $9 million.

But most of that 10 percent is simply funding from parent organizations–which in turn don't have to disclose their donors. For example, the anti-abortion rights Susan B Anthony List, which has spent more than $500,000 on independent expenditures, reported donations from its General Treasury Fund.

That leaves only 1.5 percent of the $9 million coming from non-parent organizations of the committee. This is perfectly legal, because of narrowly written regulations. 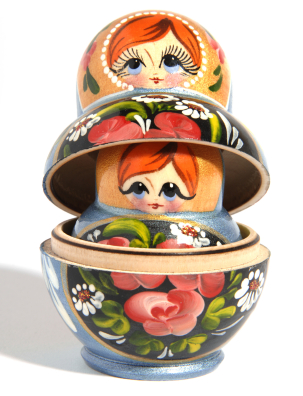 Any individual who can afford it can legally spend as much as he or she wants on political campaigns, as Foster Friess — one of the names on our new page — did for former GOP presidential candidate Rick Santorum. Any group that can demonstrate its "major purpose" is not campaign-related — such as the League of Conservation Voters or a corporation or labor union — can also spend money in unlimited amounts without ever opening their books or, in some cases, even registering with the Federal Election Commission.

Because of a remaining disclosure loophole, this kind of spending — some of it by groups that very little is known about—may become even more important as the election nears. A recent court decision called Van Hollen v. the FEC, has set off widespread speculation that some nonprofit groups, organized under section 501(c) of the U.S. tax code, will likely increase this independent expenditure spending.

"My belief is that we will see it (increase) because we have some groups and individuals that seem very determined to evade disclosure requirements," said Paul Ryan, an attorney at the Campaign Legal Center, which promotes stricter campaign finance regulations and greater transparency.

That's because the Van Hollen decision — in a case brought by Rep. Chris Van Hollen, D-Md., to try to force third-party groups to disclose donors — has made another popular type of election spending less attractive. Prior to the court's ruling, outside groups could avoid disclosing donors if they ran issue ads that raise questions about a candidate's policies but stop short of calling for his or her election or defeat. Under the court's ruling, groups likely would have to disclose their donors if those ads run close to an election.

That prompted the U.S. Chamber of Commerce, which has long mostly steered clear of directly supporting candidates, to announce that it will shift from issue ads to independent expenditures in the wake of the Van Hollen ruling. It plans to spend more than $50 million on the 2012 race. Another big-spending conservative group, American Future Fund, directly asked the FEC for an end around these disclosure rules in light of the ruling—largely to no avail.

Much of these independent expenditures by unregistered, "non-political" committees directly was not allowed before Citizens United, a landmark 2010 Supreme Court ruling that opened the door to allow corporate and union spending directly on elections. It's not possible to say how much. However, a group like the Chamber of Commerce, which accepts money from business, would not have been able to make these expenditures before the ruling.

Neither would one of the groups that has spent the most so far—the American Federation of State, County and Municipal Employees (AFSCME), a union that has dropped $1.5 million on ads opposing the presumptive GOP presidential nominee Mitt Romney.

Other 501(c)4 groups that were previously allowed to make independent expenditures so as long as they did not accept money from businesses or unions are now free to do so because of Citizens United. These groups include the Planned Parenthood Action Fund—the top spender of the non-political committees so far at over $1.6 million—and the League of Conservation Voters, which has spent over $800,000 backing and opposing candidates this election.

The LCV has changed its policy to accept corporate and union money and Planned Parenthood has done so with union money. LCV has received a "very little" amount from corporations, according to Mike Palamuso, LCV's vice president of communications. Its union donations have come in $5,000 table sponsorships at its annual dinner from AFSCME, the Service Employees International Union (SEIU) and the Building and Construction Trades Department of AFL-CIO, according to Palamuso. AFSCME also donated $20,000 to Planned Parenthood in October 2011. It's worth noting that both of these groups, like many other 501c4s, have also started super PACs.

There is another important outcome from Citizens United. Entirely new 501(c)4s have popped up, such as the center-right American Action Network, one of the top spenders of the non-political committees this year. Two other prominent new groups are the center-right Crossroads GPS and the pro Barack-Obama Priorities USA Action, which have not spent on independent expenditures but could do so. Watchdog groups have accused these groups of violating their status as tax-exempt social welfare nonprofits, arguing that their primary purpose is to influence elections.

It is worth noting that 501(c)4 groups do face legal limitations on just how much of their funds they can use to influence elections. Because their primary activity is supposed to further social welfare, most tax lawyers take that to mean that less than half of their money should be spent on elections, Ryan said.

If these groups shift from issue ads to independent expenditures that directly advocate for or against the election of a candidate, "they are even further undermining their argument that they are public welfare groups and not sham political committees," said Ryan, the Campaign Legal Center attorney.

These groups have faced allegations that they are breaking the law. The watchdog Citizens for Responsibility and Ethics in Washington filed a complaint this month with the FEC that the American Action Network is spending 65 percent of its funds on political activity.

American Action Network did not return phone calls requesting comment for this article.

Federal Election Commission rules say that non-political committees need only disclose a contributor if the donation was for the purpose of furthering that particular independent expenditure. In other words, the donor must say he or she is giving the money to a nonprofit group specifically to target one candidate. In rare cases, the group may simply disclose the donor out of an abundance of caution, Ryan said.