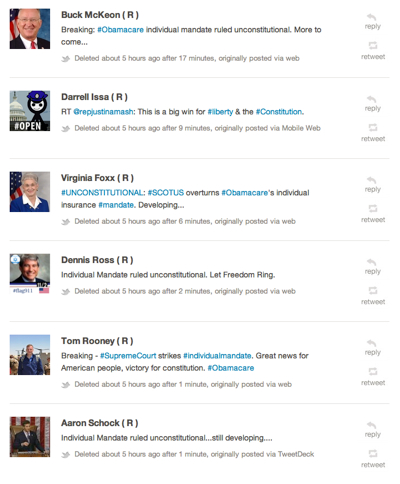 Gaffes like these highlight the risks that come along with such immediate access to information. Within seconds, misinformation can be spread across the Web, across the country, across the globe. And with Twitter, it has become all too easy to spread these inaccuracies under one’s own name.

While it’s equally easy to delete these posts, during the few seconds the words are exposed to the world an immeasurable number of people have witnessed the mistake. For politicians, this could potentially mean more than light-hearted ridicule from a friend–an ill-considered tweet might well mean losing votes.

(Clarification: This story has been updated to indicate that more than one network made the error in describing the Supreme Court's ruling)