The nation's broadcasters are trying another method to stop the Federal Communications Commission from putting information about political ads online. 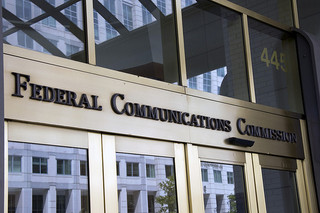 On Tuesday, the same day that the FCC put TV stations in the nation's top 50 markets on notice to begin posting the ad information by Aug. 2, the National Association of Broadcasters filed a petition asking that the order be delayed until the trade association can try to have it countermanded in federal court. That likely would push resolution of the dispute well past this fall's election.

In its petition to the FCC, the broadcasters' association contended its members will be "irreparably harmed" if they are forced to comply with the order, because it would require them to expose advertising rates, potentially giving competitors in the cable industry an edge. The NAB said that could cost broadcast stations lucrative business.

"Political advertisers spend more than a billion dollars on television advertising in election years," the petition states. "If the commission's order allows non-broadcast media to shift even a small percentage of this advertising away from televison, NAB members will lose millions of dollars in revenue."

The information that the broadcasters contend will put them at such a competitive disadvantage already is publicly available. TV stations are legally required to make public the information about political ads — including the rates — albeit only in paper form. With rare exceptions, it requires in-person visits to the TV stations to see the files.

When it voted earlier this year to require online posting of TV stations political ad files, the FCC rejected the broadcasters' argument about the potential advertiser poaching, noting that the broadcasters' competitors currently have the ability to track down information on ad rates. One of the nation's largest cable operators, Time Warner, voluntarily puts its political ad data online, calling it a "business positive." That online portal was first reported by the Sunlight Foundation.

The NAB also argues that the FCC rule could raise anti-trust concerns.  The petition cites the opinion of Republican FCC Commissioner Robert McDowell, who warned that broadcasters would be sued if antitrust authorities learned they were sharing pricing information market-by-market. And the broadcasters contend that online posting of political ad information would violate the 2002 Bipartisan Campaign Reform Act. "Had Congress intended that television broadcasters publish their political files online to an FCC website, it would have said so in BCRA," the petition says.

The petition for a stay represents the NAB's latest effort to avoid online disclosure of ad information. The trade group lobbied the FCC to not adopt the rule, offered a watered-down alternative, filed a lawsuit in federal court, and then petitioned the Office of Management and Budget to veto the FCC's ruling.

A spokesperson for the FCC's media bureau, Janice Wise, declined to comment on the petition. Meanwhile, the FCC says broadcasters will have to start uploading any new political ad buys beginning on August 2 to a database managed by the agency, and will no longer have to maintain paper files. The FCC will be offering webinars to the stations on how to upload the materials.

The new rule only applies to the four biggest stations in the nation's top 50 markets, leaving large swaths of the country uncovered in political battleground states. The rest of the stations wouldn't be required to post ad information online until July 2014, if the rule passes an FCC review. Meanwhile, the Sunlight Foundation has launched an effort to gather files from stations that aren't putting their ad files online and put them in a searchable, sortable database in time for the fall campaign season.