Uncle Sam wasn't the only one celebrating his birthday on July 4, the National Security Archive reminds us in a great post today: For journalists, citizen activists and anybody else who cares about knowing just what the government is up to, those fireworks also marked the 46th birthday of the Freedom of Information Act, signed into law on July 4, 1966 by a grudging President Lyndon Baines Johnson. 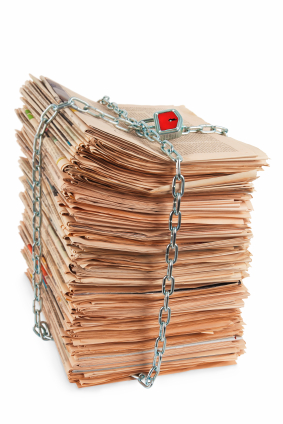 The National Security Archive offers a fitting commemoration in the form of links to 46 stories published this year that could not have been done without the benefit of that landmark law.

And journalists aren't the only ones who find FOIA useful. Sunlight helped launch MuckRock, a site that helps any citizen navigate the legalistic process, and lets you track the government's responses online — making the inevitable footdragging transparent.

But as Thomas Jefferson never said (though he probably wishes he had): "Eternal vigilance is the price of liberty," and there are more reasons to sound the alarm than to bang a celebratory drum on FOIA's birthday. Despite its obvious utility, the law and its spinoffs are constantly under threat. Here are just a few we have firsthand knowledge about:

The Justice Department is considering new regulations that would make the process of making FOIA requests much more cumbersome — and less likely to be successful. Sunlight is one of a number of open-government groups protesting the proposed changes.

The cyber-security bill under consideration in Congress would exempt all information about cyber-security threats from disclosure under FOIA. Despite protests, the latest draft doesn't appear to be getting any better. Why should you care? If some baddies manage to disable all (or part of) the World Wide Web, bring down the information grid, you'll never be able to find out whether the government had advance warning and should have done something about it.

Earlier this year, Congress nearly enacted a last-minute addition (that should sound warning bells right there) to a Food and Drug Administration funding bill that would have made a sweeping exemption to FOIA requirements, blocking the public from obtaining any information that other governments — local, state or foreign — provide about drugs to the feds. Sunlight learned of the exemption through Scout, our new online alert service, and was able to sound the alarm in time to get the black (loop)hole removed.

Last year, Sunlight helped a group of Utah citizen activists who were battling an effort to torpedo that state's version of the freedom of information act. You can read an account of the successful pushback here by Jason Williams, one of the activists who was instrumental in seeing transparency saved.

To learn more about the significance of FOIA's anniversary, and the struggles to make sure the law lives up to its promise, watch Sunlight's own John Wonderlich (whose Scout alert helped scotch the FOIA exemption for drug information) discuss the law in a FOIA birthday appearance on C-SPAN.