All eyes are on London for Friday's official opening of the 2012 Olympic Games, but the medal stands won't be the only place you'll find Olympic gold. 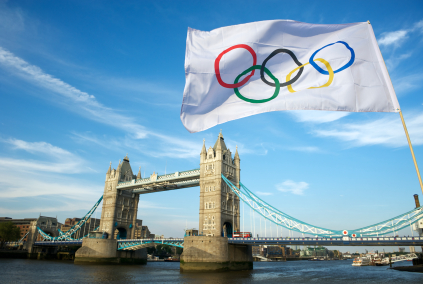 Since 1997, Olympic organizing groups in the United States have spent more than $10 million lobbying Congress. Some members of U.S. Olympic Committee's 15-member board of directors have also been generous political donors. Here's Sunlight's look at some of the top finishers in the influence Olympics:

Most recently, through Verdery, the USOC weighed in on Internet policy and ICANN,  on defense appropriations bills, on visa and immigration regulations, on ambush marketing and more. Verdery could not be reached for comment on the organization's positions.

The USOC's board is mostly made up of business executives and former athletes–some both.  Former Microsoft President Robert Bach has made more than $11,000 donations since 1998, and James Easton, chairman and CEO for archery company Jas D. Easton, Inc. has made more than $340,000 in political contributions since1992. Almost 90 percent of the two men's donations went to Republicans.  Finance guru James Benson donated more than $150,000 starting in 1992, roughly two-thirds to Republicans.

But some large contributions from the USOC board members went to Democrats as well. Discovery Chairman John Hendricks gave more than$150,000 to Democrats starting in 1992; he donated less than $20,000 to Republicans. Xerox CEO Ursula Burns has given $34,250 to Democrats since 2004. Anita DeFrantz, president of the LA84 Foundation, gave $23,000.

Overall, USOC board members have donated over $750,000 to candidates, nearly three-fifths going to Republicans.