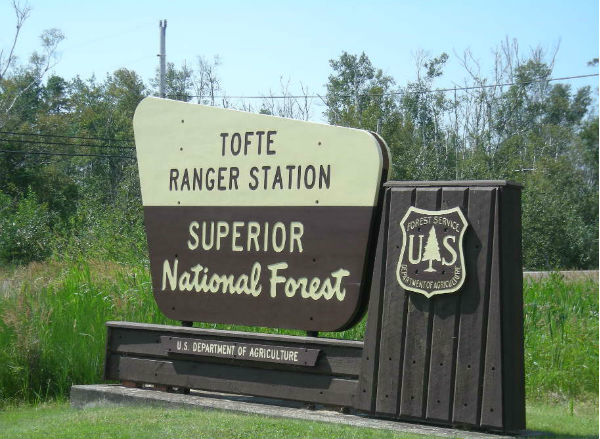 In a win for freshman Rep. Chip Cravaack, R-Minn., the House today passed a measure he sponsored that could open thousands of acres of federal wilderness to mining interests.

The Minnesota Education Investment and Employment Act would order the federal government to take 86,000 acres of state land inside the Boundary Waters Canoe Area Wilderness (BWCAW), part of the federally protected Superior National Forest, and give Minnesota a similar amount of federal-owned land just outside the wilderness–and its limits on develepment.

House passage of the bill, which will affect lands within Cravaack's district–where he faces a tough battle in November's election–gives a boost to the first-term lawmaker, both by raising his profile and drawing campaign contributions from mining interests who support the proposal.

The Senate has yet to vote on the measure.

Cravaack's bill addresses a longstanding issue in Minnesota: some of the state-owned land in the BWCAW is held in trust to benefit school districts, which stood to earn income from timber and mining operations carried out there. When the federal government drew the boundaries for the BWCAW in 1978 to include the school lands, opportunities for development were severely restricted.

In May, Gov. Mark Dayton, a Democrat, signed the Lands Bill, a measure introduced by Republican state Sen. John Carlson, authorizing Minnesota to swap its land in the BWCAW for federal land that faces fewer development restrictions. Cravaack's measure would make the federal government agree to the deal, which, he's said, will provide new revenues for schools while creating jobs.

Critics counter that the deal primarily benefits mining industries. The Minnesota chapter of the Sierra Club, a national environmental organization, argues that the swap would result  in the "loss of tens of thousands of acres of wildlife habitat to new toxic sulfide mining projects and other developments." The Minneapolis Star Tribune noted in an editorial that politicians supporting the mining industry in the state would also benefit from the land exchange.

Cravaack is certainly among them. Although mining interests were not top contributors to his first run for Congress, they have ponied up for his bid for a second term. In this election cycle, mining companies and other organizations supporting the industry have appeared on his FEC filings. As of last month, they have given at least $62,750.

Among them are the local chapter of the International Union of Operating Engineers, which represents construction workers and supports mining, funneled a total of $10,000 to his re-election campaign. Not too long before the August primary election, the organization also endorsed Cravaack over the three Democratic opponents who ran in the primaries. The AFL-CIO-affiliated union lauded the congressman's efforts to prioritize job creation in the construction sector, as well as his support for drilling projects such as the Keystone Pipeline and Polymet.

That's in marked contrast to their usual political leanings. The Operating Engineers have generally supported Democrats, and, despite their support for Cravaack, contributed $5,000 to the Minnesota Democrat Farmer Labor Party in this cycle. But the union's support of the land swap put them on the same side as the first termer, who was swept into office in 2010 by the rise of the Tea Party movement.

Cravaack narrowly defeated the long-serving Rep. James Oberstar, a master of pork barrel politics, in 2010. His race is currently considered by political analyst Charlie Cook as a toss up. Although the millions in his campaign coffers overshadow Democratic opponent Rick Nolan's fundraising efforts, a stream of outside spending groups, such as Credo and the House Majority PAC, spent nearly $250,000 attacking the first-term congressman during the five months before the state's Aug. 14 primary.