As Rep. Tammy Baldwin and former Gov. Tommy Thompson prepare for the first of three debates tonight in a race that will help determine control of the Senate, their campaigns and outside groups are bombarding Wisconsin with advertising to sway the hearts and minds of undecided voters. 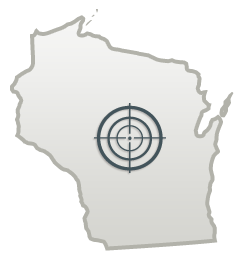 An analysis of expenditures and political ad buys shows an increase in expenditures by campaigns and outside groups heading into the last month of the long, politically charged year. Since April, Wisconsin has garnered national attention from its Republican presidential primary, another primary to determine who would run against Gov. Scott Walker in the state's historic recall election, the recall election itself, and a heated Republican Senate primary. The state is also home to two competitive House races with freshmen members. As November 6 draws near, advertising and spending data suggest that the battle-worn state will be under the spotlight again.

According to Sunlight's Follow the Unlimited Money, Baldwin, the Democratic Senate nominee, is currently ahead in the outside money race, with $6.2 million in spending in her favor, versus about $5 million to help Thompson, her Republican opponent. As the Milwaukee Journal Sentinel reported last week, Baldwin has the edge in political advertising across all of Wisconsin's media markets, though the situation is rapidly changing.

September has seen more than $6.7 million in outside spending on media buys and other campaign activities, accounting for almost half of the total spending in the election. Outside groups spent more than $2.1 million just last week: More than half of that, $1.1 million, came from Crossroads GPS, a GOP non-profit that is opposing Baldwin. The Democratic Senatorial Campaign Committee, meanwhile, plunked down $610,000 to oppose Thompson.

The information available to the public only tells a part of the story. Non-profit groups like Crossroads don't have to register with the Federal Election Commission and can run ads criticizing a politician like Baldwin outside the 30 day window before the state's Aug. 14 congressional primary elections or the 60 day window before the general election without disclosing them to the FEC. Says John Kraus, communications director for the Baldwin campaign, in an email correspondence, "Americans for Prosperity, American Commitment, 60 Plus, and NFIB (National Federation of Independent Business) didn’t file with the FEC because they don’t have to. But that doesn’t mean the spending didn’t happen, it did."

According to the Baldwin campaign, $8.1 million has actually been spent against Baldwin or for Thompson, compared to the $5 million Sunlight captured from the FEC. The Thompson campaign did not respond to inquiries.

The spike in expenditures this month in Wisconsin extends to the presidential race, too, suggesting an emerging battleground between President Barack Obama and his Republican opponent, Mitt Romney.

Even after Wisconsin was rated a toss-up, following the selection of  Rep. Paul Ryan as the Republican vice presidential nominee, presidential ad spending in the state remained relatively low until early September. In Iowa, the Des Moines and Cedar Rapids markets each had more presidential ad spending than the entire state of Wisconsin. But between Sept. 9 and Sept. 23, the value of the ads aired in the state jumped from $5 million to $9.1 million, according to the Washington Post. And new orders are rapidly being uploaded to the Federal Communications Commission political ad database, which records ad buys made after August 2 in the top 50 media markets.

In Milwaukee, the only market in Wisconsin whose stations have to disclose new ad buys, Obama spent $930,000 on ads with 22 separate orders in the last seven days, while Romney dropped $93,000. In the last week, Milwaukee received the same number of presidential ad purchases as Cleveland, another top market in the presidential race. Since the rule took effect, Obama has placed 41 ad orders in Milwaukee, the only market in Wisconsin covered by the FCC rule, compared to 18 by his opponent Mitt Romney.

While this information collected from the FCC indicates heightened activity in Wisconsin, it is far from comprehensive, as highlighted by the Baldwin campaign (or our piece about spending in Ohio). It does not include the five Wisconsin markets not covered by the FCC database, or any of the purchases made before August 2, when the new rule took effect. The Sunlight Foundation, along with Free Press and other partners, is compiling a database that aims to expand tracking of political ad buys into markets not covered by the FCC's order. Interested in helping? Check here.