Both President Barack Obama and his Republican opponent Mitt Romney are trying to lower expectations for their upcoming series of debates, but we aren’t so shy. Take part in the best live coverage of all four debates with live video streaming, real-time context, analysis and live chat at Sunlight Live beginning with the first debate Wednesday. 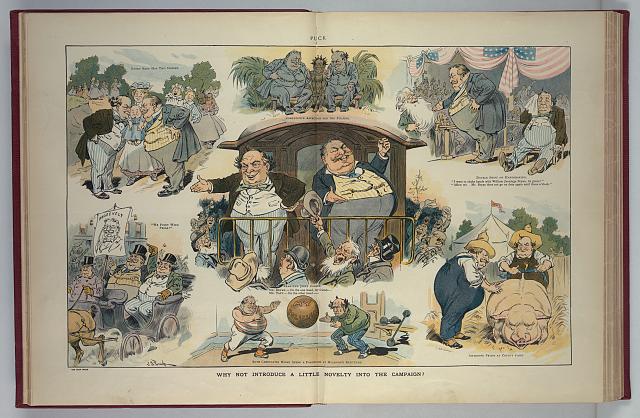 Through our award-winning platform, we will provide instant context to all of the candidates’ statements. For example, should Obama claim that he doesn’t take money from lobbyists, we’ll stand ready to point out the $306,712 he’s received from unregistered or former lobbyists, or employees of lobbying firms.

Likewise, if Romney mentions the need to expand oil and gas exploration, we’ll show the $3.5 million the industry has sent Romney’s way.

To help us put in perspective some of the issues likely to come up in the first debate, which will focus on domestic issues, we’ve invited some outside experts to join our live coverage: Russ Choma and colleagues from the Center for Responsive Politics; Rachael Marcus of the Center for Public Integrity; Michelle Mittlestadt of the Migration Policy Institute, and experts from Taxpayers for Common Sense.

The first debate, to be moderated by PBS’s Jim Lehrer, will take place at the University of Denver in the midst of a state that’s not only a presidential battleground, but is attracting a lot of outside money for some heated House races. Sunlight’s Nancy Watzman, who is based in Denver, will be taking a look at the state’s political landscape in a story we’ll be posting to our reporting site Wednesday morning.

The second debate, on Oct. 11, will pit Vice President Joe Biden against Romney’s vice presidential runningmate, Rep. Paul Ryan, R-Wis. Moderated by Martha Raddatz of ABC News, it will take place at Centre College in Danville, Kentucky. The presidential candidates will meet again on Oct. 16 in a town hall format at Hofstra University in Hempstead, N.Y. That debate will be moderated by CNN’s Candy Crowley. The fourth and final debate will be held at Lynn University in Boca Raton, Florida, and will focus on foreign policy. CBS’s Bob Schieffer will moderate.

All debates will run from 9 p.m. to 10:30 p.m. ET, and Sunlight Live will be covering them all. Don’t yell at your TV; join the conversation.