This week saw Cornell’s Law Via the Internet, a gathering dedicated to free access to government information, with a special emphasis on legal and regulatory data. It was highly energizing to see all the terrific projects represented there, and to meet the people behind them. 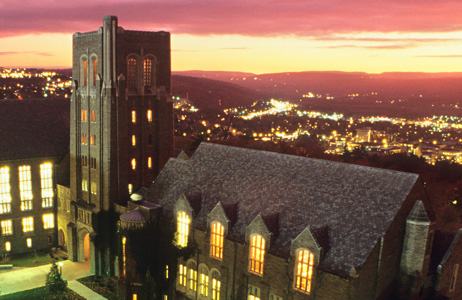 If you’re not aware, Cornell’s Legal Information Institute is the preeminent place to read the law of the land (the US Code) on the Internet. They have been doing this for 20 years, since 1992—when the Internet was a much newer place, and when publishing the laws online was an act of radical democracy. We think of “having laws online somewhere” as self-evident and obvious now, but it wasn’t always so. Because of their foresight, law.cornell.edu is known by just about every law student and legal professional in the country, often moreso than the official resources.

Some projects and people that caught our eye:

CourtListener is a free search engine and alert system—a bit like Scout, but over federal court opinions. Like, an absurd number of opinions, back through huge swaths of the 20th century. Created by Michael Lissner, it’s the sort of foundational system that a lot of people unfamiliar with the judicial branch’s nightmarish data situation probably assume has existed forever (it hasn’t). CourtListener is open source, and powered by a companion project called Juriscraper, an Open States-style set of standalone scrapers for a huge variety of court websites. The resulting bulk data is available for free, ensuring that other projects can have the same leg up. CourtListener is a worthy project to contribute to on every level.

Hailing from Chicago-Kent were two members of the Project Oyez team, Jerry Goldman and Matthew Gruhn. The Oyez team is spearheading an effort to increase public access to Supreme Court oral arguments by providing over 9,000 hours of audio recordings and transcripts, synchronized sentence by sentence. Oyez created an interactive player that plays back these recordings and transcripts together, with the speakers identified and their pictures displayed next to their transcript statements. This creates an almost-video-like experience that is especially valuable in light of the Court’s resistance to the use of cameras in its courtroom. While Sunlight doesn’t do much judicial work, our legislative- and executive-branch efforts stand to benefit from technical solutions to many of the problems Project Oyez is trying to tackle, like automated speaker identification and automated synchronization of transcripts with recordings, and we’re excited to see movement in this space.

The Executive Director of the Center for Computer-Assisted Legal Instruction (CALI), John Mayer, spoke about A2J Author, a collaboration between CALI and Chicago-Kent. The A2J software aims to provide a user-friendly web interface that self-represented litigants can use to navigate the complexities of the legal system. By eliciting answers to a series of qualifying questions, the software helps determine what legal options are available (or foreclosed) to each user. As the user’s journey progresses in a linear and step-by-step fashion, the information he or she receives is increasingly tailored and customized. Think of it as Turbo Tax for child custody or eviction proceedings.

Graham Greenleaf’s presentation (and paper) on the evolution of free access to law principles between 1992-2012 was a very helpful restatement of the global norms that have developed in this area. Professor Greenleaf is the co-director of AustLII, the Australasian Legal Information Institute. He identified 30 (shared) principles behind the free access movement, and traced the 6 principal attempts to describe (and prescribe) those principles. It will be interesting to see how that coincides with recent norm setting efforts that Sunlight is involved in, including: articulating open data principles, identifying open data guidelines, and identifying norms for parliamentary openness.

We’re also enthusiastic about the Cornell eRulemaking Initiative’s Regulations Room project, which tries to bring private-sector ideas about creating online communities into the government space in an effort to increase public participation on the rulemaking process. Historically, legislative activity has enjoyed much greater public enthusiasm than regulatory activity has, despite their potentially comparable policy significance. We’re heartened to see efforts to address this gap, particularly as they dovetail nicely with engagement efforts taking place within the government.