The race, which guarantees that Hawaii will elect its first woman senator in the state's 53-year history, represents a rematch between Republican Linda Lingle, below left, and the Democratic congresswoman Mazie Hirono, at right. Lingle beat Hirono in a 2002 race for governor. Both women have attracted considerable support from inside and outside their state, as well as from a host of interest groups, which have pumped more than $1 million into the race. 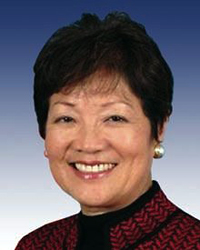 Early on, Lingle was the biggest beneficiary of the outside spending. The U.S. Chamber of Commerce spent $250,000 on her behalf during the primary season. In the general election, however, more than half of the total outside spending in the race has been to oppose Lingle. Last month, the American Federation of State County and Municipal Employees dispatched $71,205 to release  an attack ad titled "17 Days." A month later, the International Union of Painters and Allied Trades launched $110,000 worth of negative ads.

With polls giving Hirono the edge in a race Republicans once hoped to win, outside spending groups supporting Lingle haven't countered. The state's Organization of Police Officers gave $1,790 close to the primary election in August. The U.S. Chamber of Commerce ponied up another $311,000  for Lingle's general election campaign but hasn't given anything since Sept. 20. The Hirono campaign has been critical of Lingle for receiving support from an organization that has blasted the policies of President Barack Obama, the state's favorite son who was born in Honolulu and went to high school there.

While non-partisan political handicapper Charlie Cook has reclassified the race from "tossup" to "lean Democratic," the Democratic Senatorial  Campaign Committee (DSCC) still considers it as one of the "races to watch," and so far has given a total of $43,100 to Hirono's camp.

The outside money has helped Hirono level the financial playing field. Though she's the double digit leader in a recent Honolulu Civil Beat poll, Hirono was lagging in the fundraising race as of the end of the second quarter. Her campaign committee had raised $3.4 million as of July, Sunlight Foundation's  Influence Explorer shows, compared to Lingle's $4.4 million.

Non-Hawaiian campaign donations, including many from the other side of the country, filled half of the three-term congresswoman's coffers. Massachussetts is the source of at least $70,319 in contributions; Florida has least $39,500; Maryland, at least $38,364; and Illinois, at least $17,425. California has given the most with at least $278,230. Democrats in the nation's capital have also been keen on keeping Hawaii blue as its Pacific waters, giving around $85,688. Most of the donors have been lawyers and lobbyists, including Beltway insiders Heather and Anthony Podesta. 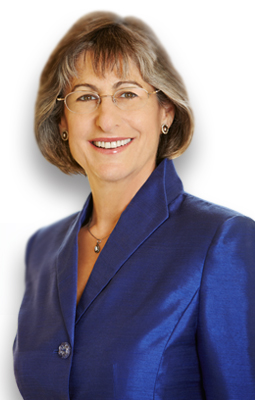 Lingle has attracted even more out-of-state donors, which comprise almost two-thirds of her campaign contributions. Donors from another blue and Obama-connected state, Illinois, gave the Republican ex-governor some $125,650. This includes $52,250 from Chicago, where the president maintains a family home.  Tim Canning, a chef, small business owner and son of a private equity executive, was one of the $5,000 big donors to Lingle. He has also given the same amount to help Gov. Scott Walker win a recall fight in neighboring Wisconsin, as well to other out-of-state congressmen. Jay Franke, an actor who has been a prolific fundraiser for Republican candidates and the Republican National Committee in the past two elections, is another big donor who gave $5,000. Hyatt hotel chain executive Thomas Pritzker also donated to Lingle's race. He is related to Penny Pritzker, one of the president's top fundraisers.

Despite not having ties as close to Capitol Hill as her opponent, the former governor was able to raise around $77,250 from supporters in Washington, D.C. Political Party Time lists several fundraisers for the candidate in Washington, D.C. Donors have been mostly attorneys, lobbyists, and individuals from environmental interests. Manifest Energy, owned by Alexander Karsner, has given $10,000.

Hirono has been criticizing Lingle for her ads. Last Monday, the Hirono campaign claimed that one of Lingle's radio ads didn't include a required audio tag line from the Republican candidate identifying the office she is seeking. Hirono sent a letter to Big Island radio stations stating the content violates the Communications Act of 1934. Hirono's camp also called Lingle out back in August for not abiding by election regulations in another TV commercial.  Lingle's camp insisted the ads complied with the law.

A longtime Democratic stronghold, Hawaii did not seem likely to be a competitive state when veteran Democratic Sen. Daniel Akaka announced he would be retiring in December after more than two decades in office. Non partisan political analyst Charlie Cook said Democrats initially thought they had a clear path to victory in the island state. But a decision by Lingle — who made history as the state's first female and first Jewish governor — altered the picture. She easily won the GOP primary in August, while Hirono, who first ran against Lingle for governor in 2002, also sailed to victory against former Rep. Ed Case.

While Cook praises Lingle for running a solid campaign as a moderate Republican, he said her support for the party's presidential nominee Mitt Romney leaves her with an uphill battle in Hawaii. In a recent Civil Beat poll on presidential preferences in Hawaii, Romney significantly trails the state's favorite son.