Though the party conventions are long over, the special interests that paid for them were only revealed to the public yesterday. It’s not a surprise that, despite a self-imposed ban on corporate cash to fund their Charlotte convention, the Democrats relied on plenty of it.

For their bash in Tampa, Republicans brought in donations from super PAC donors, an oil industry trade group that's running its own political ads, and some of the same corporate donors who underwrote the Democrats' convention.

MORE: See the largest donors to the Democratic and Republican host committees below

The Charlotte host committee for the Democratic National Convention, which spent $34 million, had to rely on a $10.9 million loan from Bank of America to defray costs–$4 million of which has been paid back, as well as millions in donated corporate services.

Democrats made use of a second group, New American City Inc., which was set up to spend on convention-related costs around the Time Warner Cable Arena, but not inside of it. Unlike the host committee, Democrats allowed New American City, which took in more than $19 million, to raise corporate funds.

The top donors to New American City were blue chip firms like Bank of America (at $5 million), Time Warner, Duke Energy and AT&T. 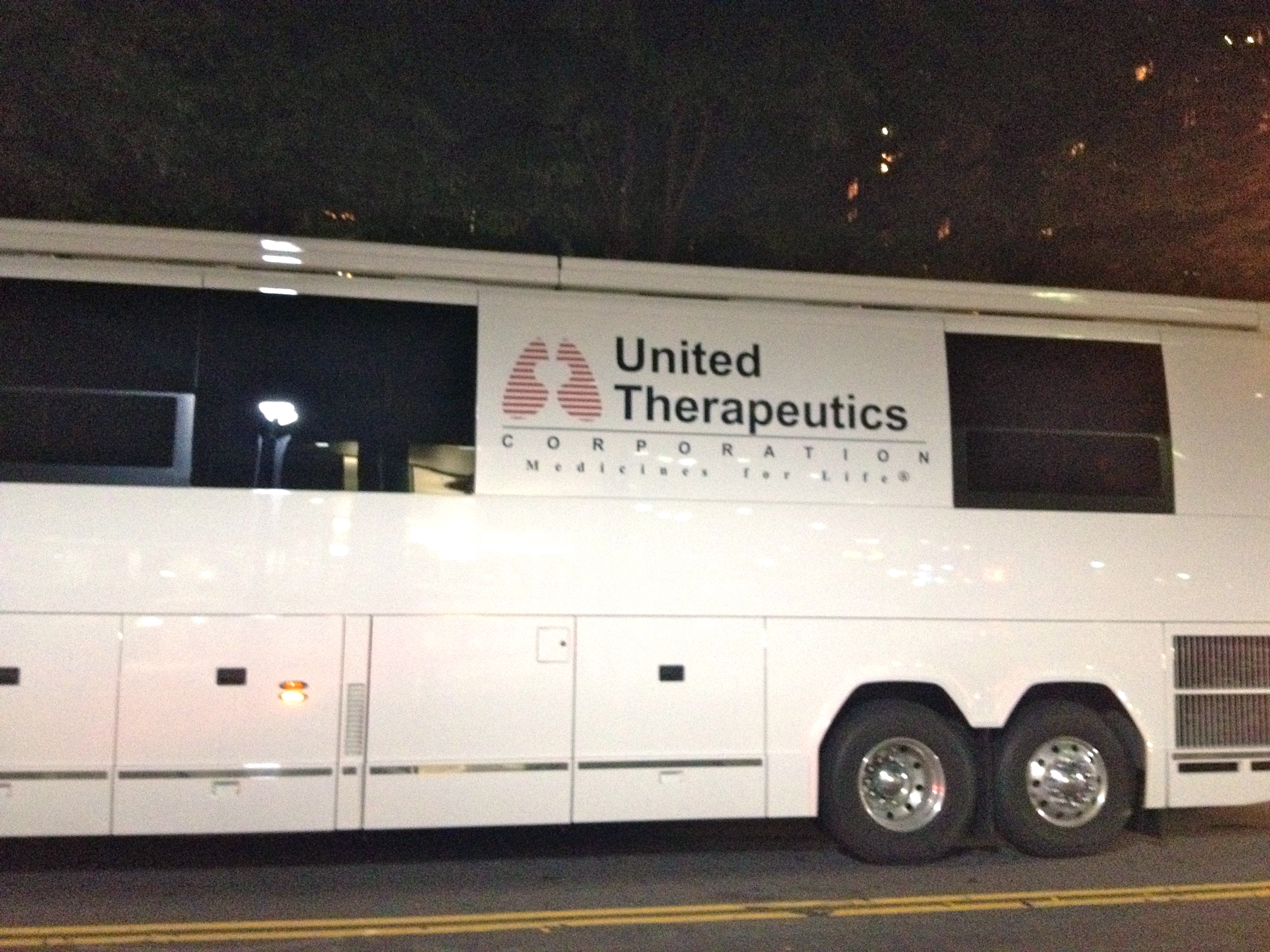 But right behind them was United Therapeutics, a Maryland pharmaceutical company whose corporate bus was seen in Charlotte, and Experient Inc., an event services company owned by Maritz Inc. Both companies gave more than $500,000 to New American City. Experient split its ticket, contributing nearly $400,000 to help fund the Republicans’ effort in Tampa.

Neither company is a lobbying powerhouse in Washington. United Therapeutics has a government relations office but has not lobbied since 2009, according to the Center for Responsive Politics. The company did not return an email asking why the donation was made. Maritz has spent $80,000 lobbying so far this year – chump change to the AT&Ts of the world. The company lobbied on proposed bills meant to protect consumers’ online data.

Meanwhile, the Charlotte host committee, which barred donations from corporations and lobbyists, accepted “in-kind” contributions from corporations that lobby. North Carolina’s Duke Energy spent $1.6 million on the convention committee’s office space and furniture. Bank of America, AT&T and United Parcel Service all donated more than $100,000 worth of their services despite the ban. The Democrats also allowed big donations from foundations; the largest was a $500,000 gift from the charity of Chicago publisher Fred Eychaner, who is one of the Democrats’ biggest super PAC donors.

Despite a ban on individual contributions more than $100,000, filings show the Democrats' committee accepted many donations above that amount, including $500,000 from San Francisco hedge fund executive Thomas Steyer. A DNC spokesperson attributed this to reporting errors and that the money was from the individuals' charities, the Associated Press reported.

Though unions criticized Democrats for holding their convention in a right-to-work state, many gave hundreds of thousands of dollars to the Charlotte host committee.

Republicans raised more money for their event. The Tampa Bay Committee raised almost $56 million for the Republican National Convention. Together, the two Democrats’ committees brought in about $42 million. Besides those funds, each convention was supplied with $18 million in public money.

On the Republican side, plenty of super PAC donors, many of whom were present at the convention and have set up a sort of shadow money machine, gave directly to the party–in chunks of $1 million or more in some cases.

Some of the top corporate donors to the Tampa Bay host committee, which did not bar corporate funds, are also little known. The cable company Bright House Networks, which has spent only $100,000 on lobbying this year, gave $2.5 million. St. Petersburg-based Marketing Solutions Publications was the second-biggest contributor at $4 million.

Prolific super PAC donor Sheldon Adelson gave the most ($5 million), and the American Petroleum Institute, which is behind the Energy Tomorrow and Vote 4 Energy campaigns, gave more than $2 million.

The Tampa committee did not accept much in the way of small contributions, receiving just over $1,600 in under-$200 gifts. The Charlotte host committee raised $866,000 from small donors.