Newly flush with more than $5 million in cash from a mystery donor, FreedomWorks, the libertarian super PAC that touts its grassroots focus, has just made a $1.5 million television ad buy in a competitive Illinois House race.

The ad, which has not aired yet, appears to be a Hail Mary pass to help Rep. Joe Walsh, a freshman Republican who is at risk of losing his job to Democratic challenger Tammy Duckworth. Duckworth, an Iraq war veteran, was up 10 points in a recent poll. 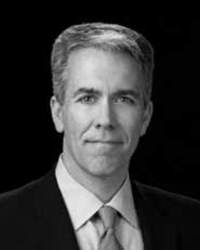 It's an unusual move because FreedomWorks generally steers clear of television ads. The group has spent $12 million this year on grassroots activity such as mailers, yard signs and door hangers. But the group's spokesman Russ Walker, confirmed to Sunlight that FreedomWorks has in fact made its first ad buy of the general election, shortly after Crain’s Chicago Business reporter Greg Hinz first reported the possibility of the ad purchase. The expenditure has not been filed with Federal Election Commission yet but will likely be posted today, Walker said. He described the ad as "anti-Duckworth."

The big buy will be followed by other TV buys in one or two other races, Walker said, but final decisions are still being made.

The Chicago-area race is one of FreedomWorks' biggest priorities. Since early September, the group has dropped more than $300,000 in grassroots expenditures to support Walsh and criticize Duckworth. And October was a month when the group got some major bucks: $5.8 million in the first 17 days of October, compared to $7 million during the previous nine months.

The October bounty was largely due to a $5.3 million contribution from one source — a mysterious Knoxville, Tenn. company, Specialty Group Inc., that did not provide an address to FreedomWorks for its FEC filing. Walker said FreedomWorks has attemped to contact the company to comply with federal reporting requirements.  Attempts by Sunlight to reach the company so far have been unsuccessful. The company made an initial filing with the Tennessee Secretary of State in late September and a phone number associated with its registered agent, William S. Rose, Jr., has been disconnected.

The Walsh-Duckworth contest has been a magnet for outside money, including about $2 million in spending by Now or Never PAC, another super PAC, to back Walsh.

Walker said the group chose Illinois for TV ads because the ad won’t be drowned out by presidential and Senate race ads as they would be in Ohio and Florida. Unlike those two states, Illinois has no Senate race this year and is not getting any attention from the presidential campaigns as it's considered an easy win for favorite son, President Barack Obama.

“At this point: It’s what can we do in some of the spots where we have a chance to win but can make a bigger difference,” Walker explained. He called TV “the last thing that we’re willing to do” after building a strong grassroots infrastructure, which Sunlight wrote about Thursday, is in place.