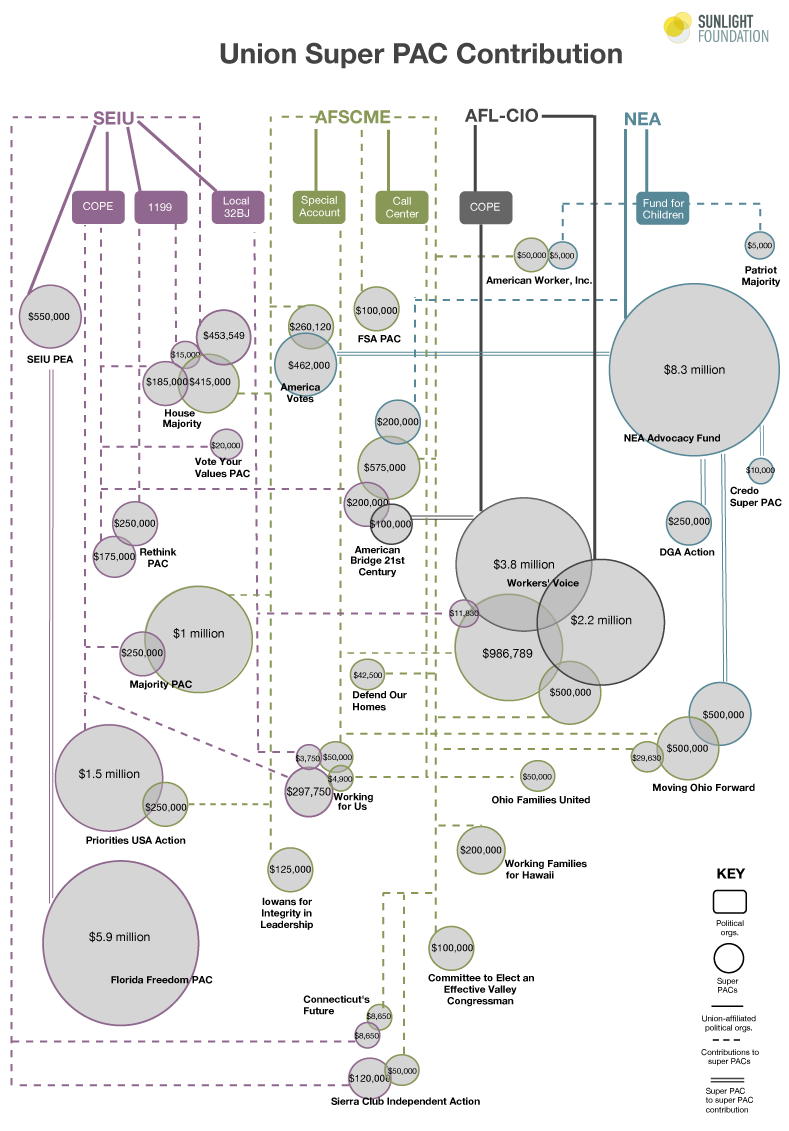 To view a larger version, click here or the image.

Deep-pocketed corporate moguls have captured most of the headlines this year when it comes to creative campaign giving, but the working class is showing it can play the same game.

The Supreme Court's landmark 2010 decision in Citizens United gave unions, as well as corporations, the right to spend money directly from their treasuries to influence elections. An examination of independent expenditures by labor unions, captured by Sunlight's Follow the Unlimited Money, reveals an interlocking web of donations to a plethora of super PACs, some of them clearly affiliated with the labor movement and others with vaguer sounding names. This is traditionally the time of year when unions emerge as major players in campaigns, as much of their money and manpower is usually devoted to get-out-the-vote efforts for their preferred candidates, generally Democrats.

To create the above graphic, Sunlight examined the records of four big labor organizations with long histories of political giving: The Service Employees International Union (SEIU), the American Federation of State, County and Municipal Employees (AFSCME), the AFL-CIO and the National Education Association (NEA).

Some of the more interesting relationships the diagram shows:

The above figures represented union giving as of Friday.