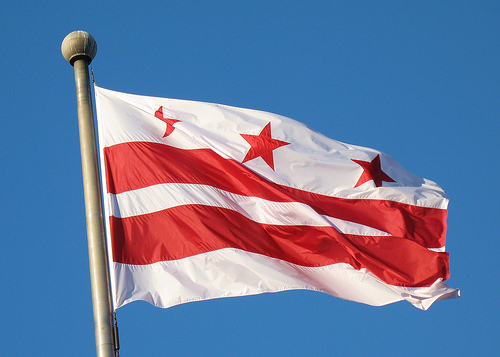 The idea that Washington, DC’s lobbying disclosure schedule is inadequate is not new, but it might be easy to improve thanks to new legislation targeting campaign finance reform.

Lobbying and campaign finance are inherently linked. Companies that lobby the city government invariably give to political campaigns.

Currently, those who lobby the DC government and Council only have to report their activities and expenditures twice a year. As a result, journalists, watchdogs and interested citizens often have to wait until far after important debates for crucial information about the special interests that were working to influence policy decisions. Moreover, the bi-yearly requirements make it difficult to paint a complete picture of influence spending, especially in an election year.

By contrast, more than a dozen states require lobbyists to file monthly, and New Mexico has taken the admirable step of instituting a 48 hour reporting deadline when their legislature is in session. DC should strive to follow and improve upon New Mexico’s example by instituting near to real time disclosure requirements.

A legislative fix aimed at shedding light on those influencing local lawmakers and improving DC’s disclosure schedule would be a logical addition to the Mayor’s bill or any of the other campaign finance reform proposals that have been introduced recently.

If the DC council moves forward with campaign finance reform legislation, and it looks like they will, lobbying disclosure reform should be on the table.

Below you can find draft language that could be attached to Mayor Gray’s campaign finance legislation or introduced as its own stand-alone bill.