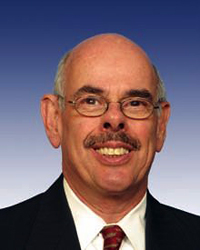 In a case of particularly odd political bedfellows, in late September the tobacco manufacturer the Liggett Group and several company executives, including the CEO, contributed more than $33,000 to a pop-up super PAC that would go on to help the candidacy of just one candidate: Rep. Henry Waxman, arguably tobacco's biggest foe in Congress.

The super PAC, the Committee for an Effective and Trusted Congressman, was formed in August and bought $100,000 worth of radio ads to support the California Democrat, who made a national reputation for his anti-tobacco crusades, beginning in the 1990s and continuing to the current day.

First elected to Congress in 1974, Waxman is a Capitol Hill fixture who has chaired several powerful committees. Thanks to an unusually nonpartisan redistricting process in his home state, however, he faced his first real race in decades this year. His opponent, Independent Bill Bloomfield, contributed more than $6 million to his own campaign. The race drew very little attention, however, from outside spenders. The only other super PAC spending in the race was the Sierra Club Political Committee, an environmental group, which spent a not-so whopping $160 in favor of Waxman.

The other major donor to the Committee for an Effective and Trusted Congressman was Eli Broad, who heads up the Broad Foundation and has been a donor over the years to Waxman. The Broad foundation, according to its website, works  "to advance entrepreneurship for the public good in education, science, and the arts." Broad gave $15,000 to the group on September 12.

It is not immediately clear why the Liggett Group would support Waxman, but he has gotten support from the tobacco company once before: In the 2000 election cycle, corporate executives of the Vector Group, the parent company of the Liggett Group, gave $6,000 directly to Waxman's campaign. This year's spending by the company on Waxman's behalf legally could not be coordinated with Waxman's campaign because it went through a super PAC but that did enable to Liggett connections to make more generous donations.

So far this year, the Vector Group has reported spending $430,000 on federal lobbying. Among the issues the lobbying firms it hired have been working on: tobacco taxes and implementation of the 2009 Family Smoking Prevention and Tobacco Control Act, which was sponsored by Waxman. The law gives the Food and Drug Administration (FDA)  authority to regulate the tobacco industry.

Nearly two decades ago, in 1994, Liggett's then-CEO, Ed Horrigan Jr., along with other tobacco executives, faced Waxman at a much publicized hearing of the House Energy and Commerce Committee. "I believe nicotine is not addictive," Horrigan said.

In 1996 and for several years thereafter, however, Liggett broke ranks with the rest of the tobacco industry to reach agreements with state attorneys general in massive tobacco litigation. As part of the settlement agreement, the company admitted that "cigarette smoking causes disease and is addictive, released internal documents relevant to smoking and health, and agreed to jurisdiction by the Food and Drug Administration."

At the time, in 1997, the advocacy group Campaign for Tobacco Free Kids remarked that  the LIggett settlement constituted "a historic development that will have important consequences for protecting the public health from the harmful effects of tobacco use."

Requests for comment to Waxman's campaign office, the Liggett Group, the Broad Foundation, and the California elections attorney, Christopher Skinnell, who is acting as treasurer for the super PAC, were not returned by the time of this posting.

11/14 11:00 a.m. Edited to add: Lindsay Bubar, Waxman's campaign manager, wrote in an email: "I didn't know they contributed until I received this inquiry and was only aware there was an ad after it was on the radio."