Jason Mercier is the Director of the Center for Government Reform at Washington Policy Center. He is also a contributing editor of the Heartland

Institute’s Budget & Tax News, a columnist for Northwest Daily Marker, a contributing author at State Budget Solutions, serves on the board of the Washington Coalition for Open Government, and was an advisor to the 2002 Washington State Tax Structure Committee.

In 1972, Washington State voters overwhelmingly enacted Initiative 276, providing citizens with access to most records maintained by state and local government. The new law created the Public Records Act (PRA). The preamble to the PRA says:

“The people of this state do not yield their sovereignty to the agencies that serve them. The people, in delegating authority, do not give their public servants the right to decide what is good for the people to know and what is not good for them to know. The people insist on remaining informed so that they may maintain control over the instruments that they have created.

When approved by the voters in 1972, the Public Records Act granted government only 10 exemptions from public disclosure. Since then, more than 300 exemptions have been added. State courts have further weakened the public’s access to information with various legal rulings.

Along with the Public Records Act, citizens are provided access to the activities of government through the state Open Public Meetings Act (OPMA). Created by the legislature in 1971, the intent section of this law states:

“The legislature finds and declares that all public commissions, boards, councils, committees, subcommittees, departments, divisions, offices, and all other public agencies of this state and subdivisions thereof exist to aid in the conduct of the people’s business. It is the intent of this chapter that their actions be taken openly and that their deliberations be conducted openly.”

Due to the massive expansion in the number of exemptions from public disclosure and numerous violations of the Public Records Act and Open Public Meetings Act, as identified by the State Auditor in his 2008 Performance Audit, meaningful open-government reforms are needed to restore the people’s power to remain “informed so that they may maintain control over the instruments that they have created.” 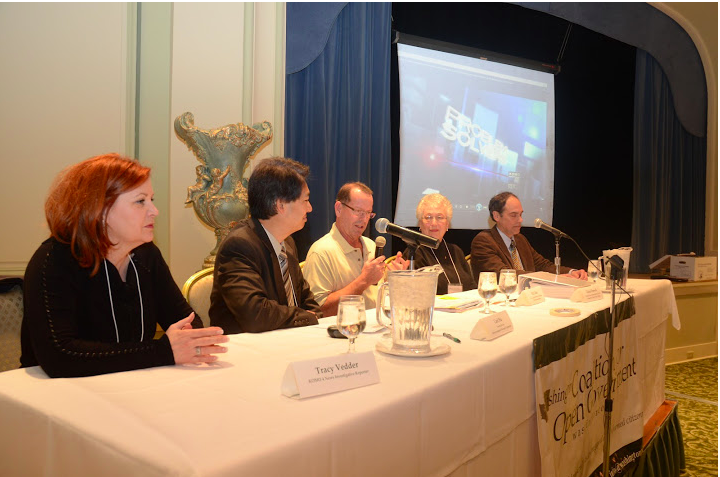 Although all state and local governmental agencies are subject to the Public Records Act and the Open Public Meetings Act, the legislature is exempt from full disclosure under the claim of legislative privilege. This is why state lawmakers are able to go into an executive session to plan strategy and discuss the reasons why legislators do or do not support a bill, while local governments are prohibited from using executive sessions to discuss policy decisions.

While all local government records and internal communications not subject to another exemption are subject to public disclosure, the legislature and state and local agencies have often claimed legislative privilege to block the release of emails and other internal policy-related records.

Even though Washington’s legislature has exempted itself from the state’s open government laws, it has adopted rules that would appear to provide the public an opportunity to participate in the legislative debate. These transparency rules, however, are easily and routinely waived by some lawmakers.

To facilitate public involvement in the legislative process the legislature’s rules require that:

“At least five days notice shall be given of all public hearings held by any committee other than the rules committee. Such notice shall contain the date, time and place of such hearing together with the title and number of each bill, or identification of the subject matter, to be considered at such hearing.”

In fact, according to one legislative committee’s procedures the purpose of a public hearing “is to respectfully hear from the public.”

This common-sense statement reflects a fundamental premise of our democracy: As the governed, we are to be provided the opportunity to comment on the laws we live by and to ensure those who represent us are informed about our opinions and expectations.

Unfortunately, this transparency protection for the public is routinely brushed aside as some lawmakers waive legislative rules requiring five-day notice before holding a bill hearing; provide inadequate notice of the time, location and topic of public hearings; hold hearings on bills with no text; and vote on bills the same day details are made publicly available.

Although on paper Washington would appear to have strong open government laws, reforms are needed to restore the intent and promise of the of 1970s laws. By enacting new open government reforms Washingtonians will once again reiterate that they “do not yield their sovereignty to the agencies that serve them.”