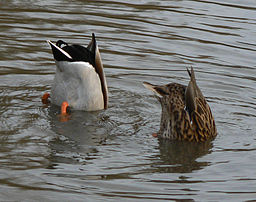 Between now and the end of the year, they are the new swing voters: Lawmakers who now must decide whether they've been liberated to vote their consciences or whether they are still beholden to the special interests that have helped to underwrite their soon-to-be-kaput political careers.

As the 112th Congress returns for the final, sure-to-be tension-filled few weeks of its existence — which will determine whether the nation skids off the fiscal cliff or stops short of it — the most interesting members to watch may end up being those who aren't coming back.

According to the Sunlight Reporting Group's count, the current Congress now includes 80 true lame ducks — lawmakers who will be out of public life completely as of Jan. 3. We are not counting House members who are migrating over to the Senate. Or members of Congress who are continuing their political careers in a different capacity, such as governor or, in one case, mayor. The chart below lists the names of members who should be free to make the tough decisions experts say will be necessary to put the economy on a sure path to recovery and the nation on the road to fiscal stability.

Lame Ducks and their IOUs

Click on each name to get details on the circumstances of each member's departure (hint: some were voluntary; others, not so much) and on the interest groups and special interests supporting them. And then consider some of the politically unpalatable recommendations made by the bipartisan Simpson-Bowles Commission and some of the groups lined up to oppose them:

There's plenty of money behind squelching another idea which the Simpson-Bowles commission did not suggest but which others have, raising the tax on capital gains: The securities and investment sector accounted for nearly $12 million in contributions to the lame ducks, 13 of whom listed them among their top contributors.

Another factor to be considered: The influence of the congressional leadership. Leadership PACs were among the top three givers to 23 of the lame ducks, for a total of more than $8 million in donations.

Click here to see a full chart of interest groups that were listed among top donors to members of Congress and how much they gave and use the chart above to find out who gave the most to individual members. Will the public interest or the special interests call the tune for their swan songs?