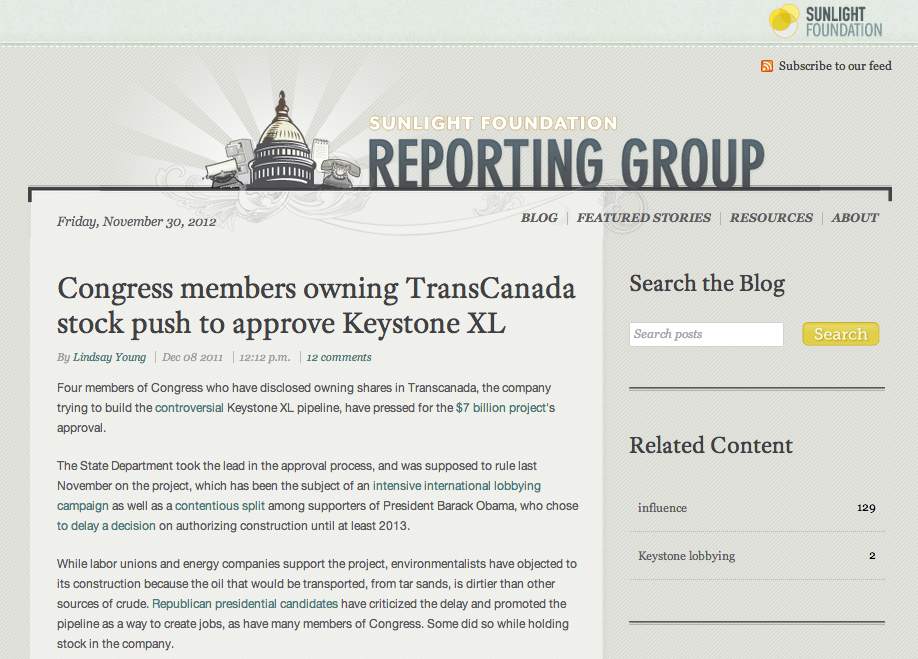 The widely reported possibility of United Nations Ambassador Susan Rice’s nomination to become secretary of state now has a lot of people talking about a Sunlight Reporting Group story, first published almost exactly a year ago, about her stock holdings in TransCanada, the company trying to build the controversial Keystone XL pipeline. So we thought we’d show you what all the chatter is about.

Rice’s holdings in the company that wants to pump tar sands from Alberta to the Gulf of Mexico are becoming another flash point in the debate over her much-discussed but still-unofficial candidacy to replace Hillary Clinton. That’s because the State Department will play a key role in determining whether the international pipeline — which it already held up once last year — will ultimately go forward.

It’s already provoked an acrimonious debate and massive amounts of lobbying that crosses the U.S.-Canada border and reached all the way to Europe. Last year, Sunlight dove into at least nine databases to track it all down.