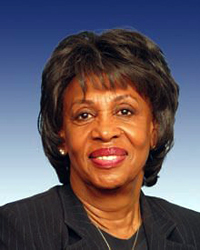 Rep. Maxine Waters will serve as the top Democrat on the House Financial Services Committee, despite a past ethics investigation and a history of questionable fundraising.

For years, Waters had charged politicians exorbitant prices to be featured on her campaign flyer endorsing candidates, known as a slate mailer. By using slate mailers, Waters could get more money from other campaigns than permitted under Federal Elections Commission limits.

For example, in 2008, Waters reported taking $28,000 more in payments than it cost to produce the flyer, according to California campaign finance documents. State and federal candidates and well as political committees paid to be featured in this mailer. Bernard Parks paid $25,000 to advertise his name for Los Angeles County Supervisor. Candidates for Water Board paid between $1,150 and $2,300 to be endorsed.

Since Sunlight reported the payments 2010, (Read full story here), Waters appears to have stopped the practice.

Waters was scrutinized by the congressional ethics committee for arranging meetings between the Treasury Department and a bank to which she had financial ties.

An acrimonious investigation ended earlier this year with no charges against Waters, who steadfastly denied wrongdoing.

An Office of Congressional Ethics report recommended that the House etics committee look into a meeting at the Treasury Department for three people with ties to OneUnited Bank, where Water’s husband had served as a board member. Waters reported receiving at least $100,000 in income from bank dividends, according to her personal financial disclosures.

The meeting in question, with then-Treasury Secretary Henry Paulson, was arranged by Waters to represent minority-owned banks on Sept. 9, 2008. Among the approximately 20 people in attendance were officials of the bank, federal banking and regulatory agencies and aides for lawmakers on key committees regulating the banking industry.

When  asked  how  often  she  calls  a  Cabinet  level  official such  as  Secretary  Paulson,  Representative  Waters  replied  that "you don't use your chits for  nothing, you call when there is  an important issue."

Waters continues to invest in OneUnited Bank, her latest 2011 Personal Financial Disclosure forms show. In the most recent campaign cycle, banks and credit unions have been among her top contributors. 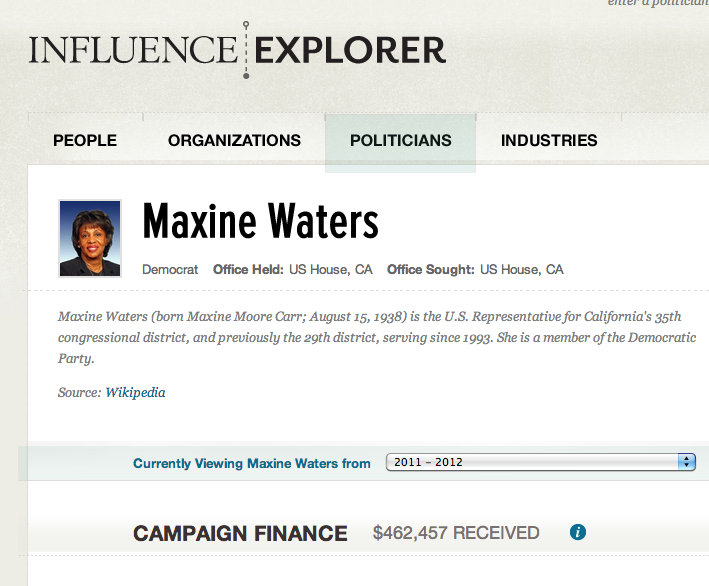