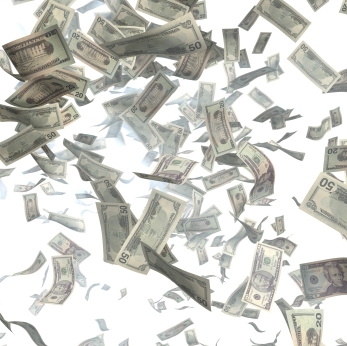 At least 156 people and entities gave more than $1 million to super PACs, according to an analysis of post-election campaign finance reports filed with the Federal Election Commission. See a list of the top 10 super PAC donors below.

This millionaires club accounted for 59 percent of the total $834 million that went to super PACs, committees that can spend and raise and unlimited amount on elections.

Nine donors gave at least $10 million. The biggest gave to the GOP: Sheldon Adelson, at $49.8 million, followed by his wife Miriam at $42 million. The next biggest givers are two pro-Republican billionaires: Businessman Harold Simmons and Texas homebuilder Bob Perry, both over the $20 million mark. The top liberal donor is next: Chicago publisher Fred Eychaner, at $14 million.

Most of the top donors are individuals but many are organizations and many of those do not disclose their donors. Among donors who gave at least $2.5 million, more than a quarter of the money comes from organizations. Most of those are unions: 59 percent of the money from groups in the top echelon of super PAC givers came from labor organizations and their affiliates. Unlike some of the groups on the list, unions do disclose some sources of funding: They have to report donations in excess of $5,000 to the Department of Labor. Smaller donations, which typically come from rank-and-file union members, don't have to be disclosed.

But corporations, trade associations and 501(c)4 groups  — all of whom keep their donors secret — make up most of the rest of the $2.5-million club group, giving $37.5 million to super PACs. The other organization in the top echelon is the Republican Governors Association, a so-called 527 group that does report its donors and gave $9.7 million to super PACs.