Government watchdog organizations went to Capitol Hill yesterday to remind the White House and congressional leadership–currently deadlocked in negotiations over avoiding the flscal cliff–that there's a void in some of the critical institutions that police ethics in Washington. 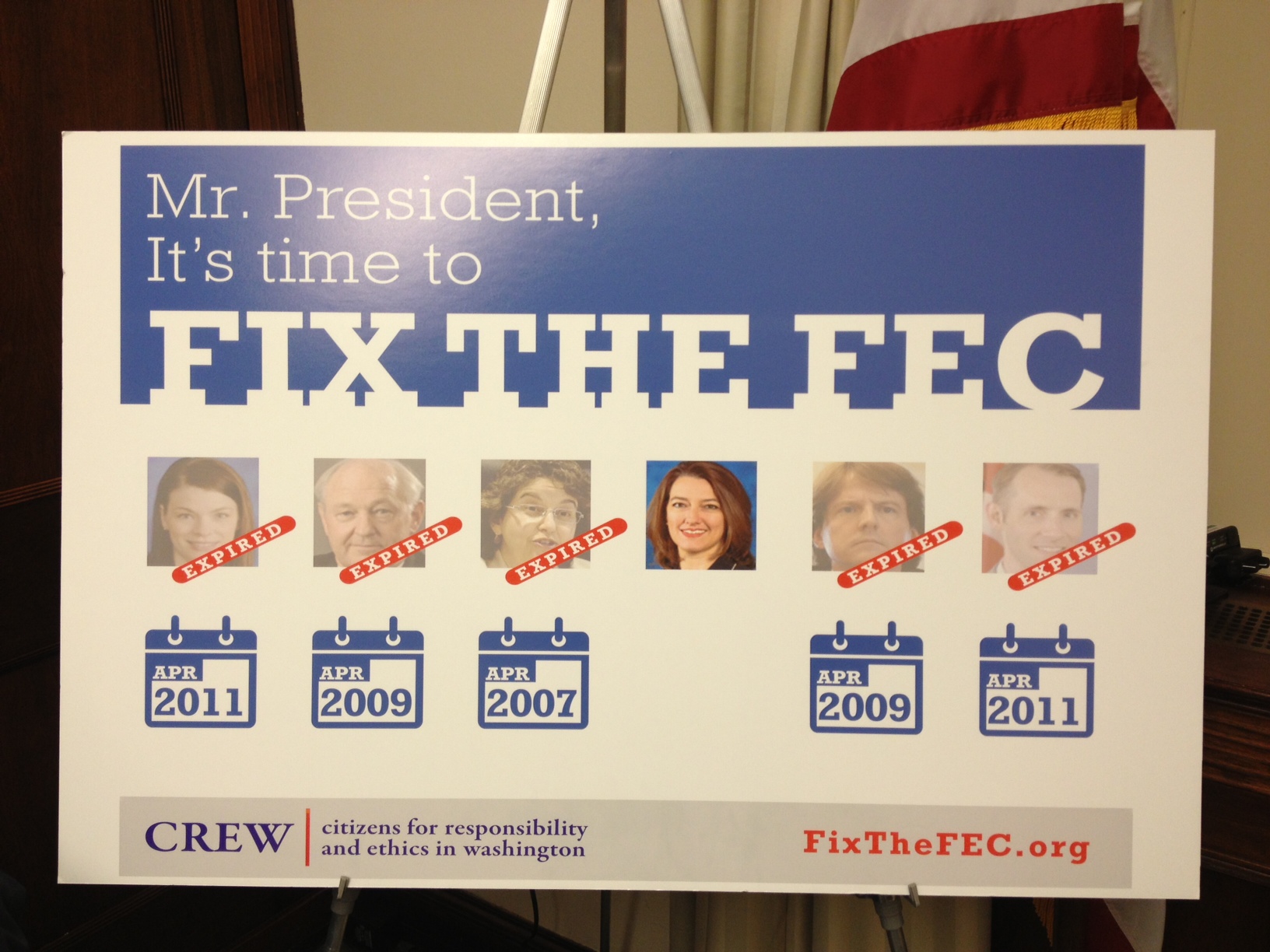 Representatives from 10 government-accountabilty groups gathered to make sure that House Speaker John Boehner and Minority Leader Nancy Pelosi maintain the Office of Congressional Ethics (OCE) by appointing new board members. They also emphasized that the president needs to take the lead in campaign finance reform by appointing new Federal Election Commission (FEC) commissioners.

Full disclosure: Though it did not participate in the event, the Sunlight Foundation is a supporter of the coalition's efforts.

OCE is an independent office within the House that investigates allegations of misconduct by representatives and their staff. It needs new board members in order to function again next year.

"The FEC is basically a campaign finance scandal," said Holman. "What we have is a partisan, ideological divide in the FEC that makes it incapable of doing its job. We have pleaded repeatedly to President Obama to replace those five commissioners with people who are responsible and who will carry out campaign finance mandate."

OCE's board is comprised of six members and two alternates, who were each appointed by Boehner and Pelosi. Four members' terms, however, are set to expire at the end of this month. They cannot be reappointed. If Boehner and Pelosi do not appoint replacements, OCE's work will halt.

Created by the Honest Leadership and Open Government Act of 2007, the in-house watchdog for congressional ethics investigates allegations of misconduct by members and their staff and refers its findings to the House Ethics Committee. According to a Public Citizen study, the OCE's work led the committee to issue 16 disciplinary actions over tover the last three years. Between 1997 and 2008, a period that saw the Jack Abramoff scandals, sitting members of Congress–including Rep. Randy "Duke" Cunningham, R-Calif. and Rep. Robert Ney, R-Ohio–investigated and later convicted of crimes, and a host of other scandals, the committee issued just 10 disciplinary actions.

One of OCE's successses that Ken Boehm of the conservative National Legal and Policy Center identified was a controversial Carribean trip taken by members of the Congressional Black Caucus. Boehm's group found corporations paid for the trip, a violation of House rules, and reported their findings to the independent congressional agency.

Neither Boehner nor Pelosi publicly announced their choice of candidates. Holman said that he and other members of the watchdog coalition have been attempting to reach Boehner's office to see if he's committed to continuing OCE by appointing board members.

Roll Call reported the day before the event that representatives of Boehner and Pelosi intend to appoint new members before the deadline. They provided no details as to whether they had already chosen candidates or had begun looking for them.