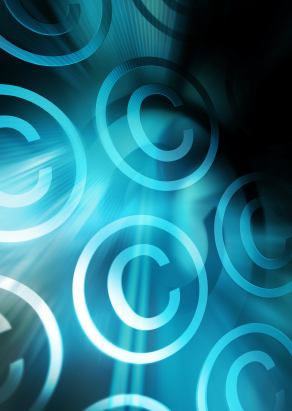 If there were any question of the clout big media wields in Washington, the fate of Derek Khanna, the House Republican staffer who called for scaling back the copyright protections these interests benefit from, should leave no doubt. Khanna, whose copyright paper was mistakenly published online by a House Republican policy making body, then quickly withdrawn after protests erupted from major media firms and their congressional allies, was fired earlier this month.

That's not the only potential win for the intellectual property protection lobby this month–the House Judiciary Committee today is taking time in the lame duck session to mark up a bill that would allow inspectors with U.S. Customs Service to provide early warning that copyright holders' rights might be infringed. Customs officials could send pictures of merchandise, information on the manufacturer, exporter and importer, to any firm whose trademark or copyright might be infringed. If passed, the bill would enlist government agents in giving companies early notice to file civil lawsuits or approach U.S. Attorneys about launching criminal cases.

The bill has attracted bipartisan support: Two liberal California Democrats, Linda Sanchez and Zoe Lofgren, joined conservative Republican Reps. Ted Poe of Texas and Steve Chabot of Ohio in sponsoring the bill. And some 23 organizations have disclosed lobbying on the measure, including Time Warner, National Amusements and the Motion Picture Association of America, one of the organizations that led the charge against Khanna's memo.

Khanna's argument that extended copyright protections and enforcement amount to a form of corporate welfare that harm consumers and smother innovation won plaudits from tech writers, and conservative, libertarian and liberal commentators. But the rapid withdrawal of the paper and the subsequent firing of its author demonstrate the resolve of an industry with a phalanx of lobbyists and a long history of campaign contributions to members of both parties.

Major media companies are battling not only to maintain the current copyright regime, but to extend copyrights further. among the biggest supporters of the effort:

These organizations have an outsized footprint on the politics: Employees, their family members and the poltical action committees of the seven have poured more than $64 million into federal and state campaigns during the last three election cycles. At the federal level, they've given $26 million to Democrats and $9.5 million to Republicans.

They also provide a reliable source of employment for former members of Congress, staffers and executive branch officials. Of the 243 lobbyists the five companies and two trade groups employed, 217 of them had served in the government. Sunlight found that 111 of them had worked for Democratic members or administrations, while 98 worked for Republicans. At least 80 of the lobbyists worked for members that remain in Congress. For example, the Recording Industry Association of America employs Michael Platt, who formerly served as a legislative aide to Rep. Marsha Blackburn, and was her point person on intellectual property issues. The Washington Examiner reported that Blackburn pushed the Republican Study Committee (RSC), the in-house policy think tank for conservative representatives that posted Khanna's memo, to fire him.

A spokesperson for the RSC told the Hill that industry lobbying did not play a part in the decision to pull the paper. Paul Teller, the RSC's director, said that he posted Khanna's memo by mistake. "When I heard from a few members that we hadn't covered the other side, I pulled it," he said.

Lobbyists for the media firms with ties to powerful members–Republicans and Democrats–include former aides to House Speaker John Boehner, R-Ohio, and Minority Leader Nancy Pelosi, D-Calif., Senate Majority Leader Harry Reid, D-Nev., and Senate Minority Leader Mitch McConnell, R-Ky. The organizations have also retained six former members of Congress, as well as a number of experts who have made their names working on intellectual property issues, both in congressional Judiciary committees and the private sector:

In all, the five media companies and two trade groups spent $43.5 million in 2012 lobbying Congress on an array of issues, from taxes to trade to healthcare to intellectual property. Extending copyrights and making enforcement of them a priority for government agencies has been a key issue for the industry, which pushed a pair of measures–the Stop Online Privacy Act in the House and the Protect Intellectual Property Act in the Senate–to do just that in 2011.

SOPA was introduced in Oct. 2011 by Rep. Lamar Smith, R-Texas, who is heavily backed by the entertainment industry. The bill would have increased penalties for copyright violators, as well as preventing advertisers and search engines from doing business with and linking to infringing websites. PIPA, SOPA's counterpart in the Senate, had already been introduced by Sen. Patrick Leahy, D-Vt., in May 2011.

The legislation initially enjoyed bipartisan support, but several of the bills' co-sponsors retreated in January 2012 after websites such as Wikipedia staged a blackout in protest. Neither measure has passed the House or the Senate.

The introduction of SOPA in the House appears to have coincided with a huge increase in lobbying from the entertainment and internet industries. Groups that lobbied on SOPA and PIPA spent $105 million in the last quarter of 2011 — more than double the previous quarter, according to the Center for Responsive Politics, though how much was spent pushing for either bill could not be determined because lobbyists do not have to itemize how much they spend on a particular issue.

Increasingly, the tech industry has opposed the entertainment industry's position on copyright, and has hired its own stable of lobbyists to do so.

The Republican Study Committee, an in-house think tank for conservative Republicans, published the paper on Nov. 16, late on a Friday afternoon, then retracted it 24 hours later. RSC director Paul Teller said it was posted in error, before it had gone through the required review process and without the chance for members, like Blackburn, who support more restrictive copyright policies from offering their thoughts on the draft.

Teller did not answer questions on whether the RSC would revisit copyright law; the fiirng of Khanna suggests they are unlikely to take the position Khanna outlined.

"This was like the death penalty for what amounts to a fairly minor crime," said Chris Sprigman, who teaches intellectual property law, on Khanna's firing. Rather than a problem of "inadequate review" before the document's release, as Teller wrote following the retraction, Sprigman contends that the issue has more to do with the industry's reaction. "I think the flaw is that they miscalculated how big of a fit the content industry would throw over this. It wasn't some sort of violation of the vetting process."

While the GOP position on copyright didn't shift with Khanna's policy brief, Sprigman thinks they might change their minds. One potential catalyst is the "Six Strike" system, set for implementation in early 2013. Internet service providers will warn — and punish, on an increasing scale according to the number of violations — customers who are accused of copyright infringment. Potential backlash from users who might suffer reduced bandwidth or no access to the Internet at all under the system could create an opening to reopen the issue. "Favoring a more balanced copyright policy might be a good way to appeal to young people who are concerned with internet freedom," he said.

In pushing so hard against the RSC brief, says Sprigman, the entertainment industry exposed a weakness.

Republicans seeking to broaden their base after the 2012 election, along with the entertainment industry's tilt toward Democrats — who pulled in more than twice as much entertainment cash as Republicans did in the last election cycle — copyright has the potential to become a partisan issue.

"I think Hollywood's fear is that copyright policy becomes something that people look at very closely, that it's no longer the kind of policy that the industry writes for itself . . . and the interests of the public are taken into account," Sprigman says. "If copyright becomes a partisan issue, that's the way it would become."