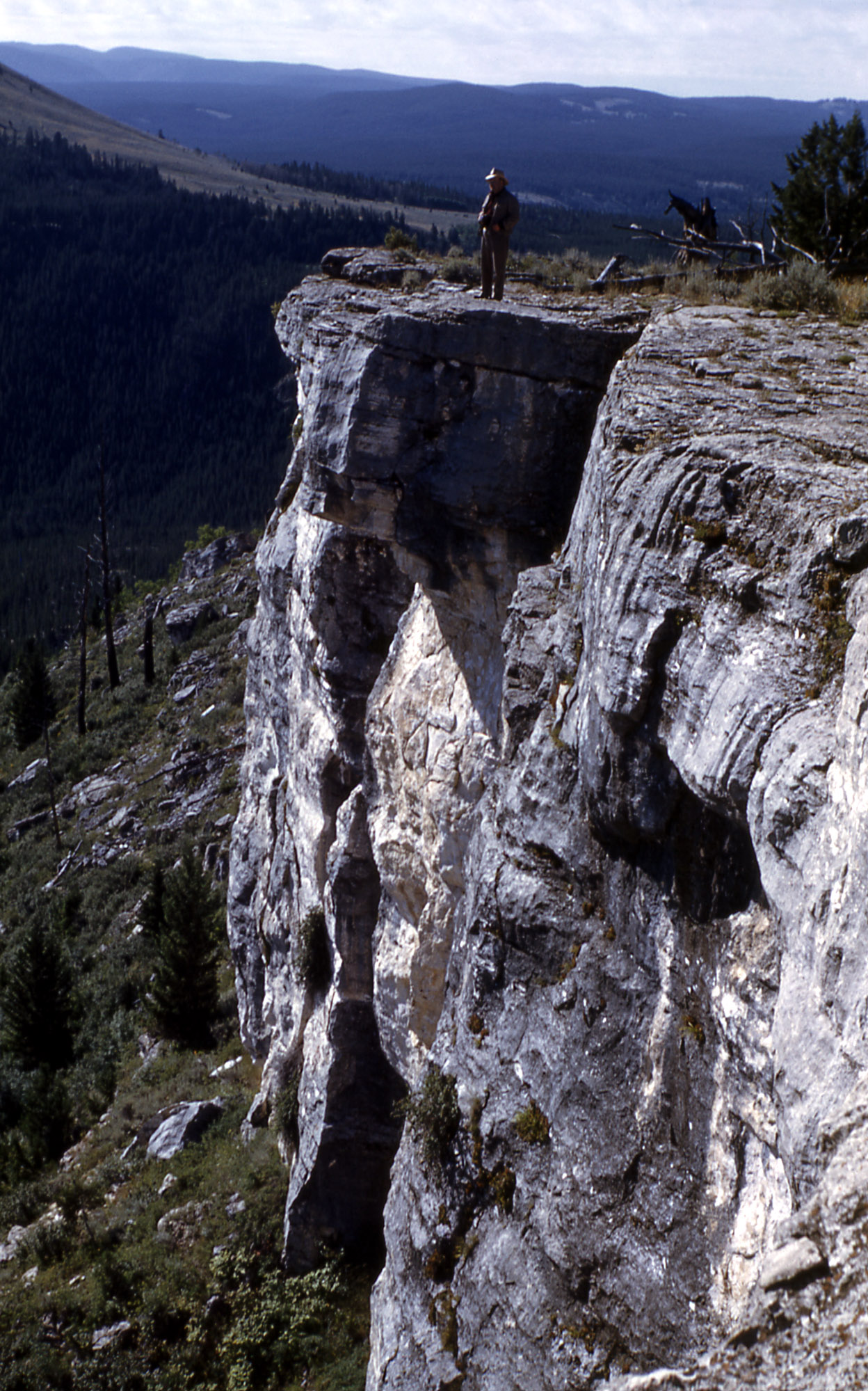 Congress may have averted the fiscal cliff, raising taxes on households making more than $450,000, ending the payroll tax holiday which will take a bite from workers' paychecks, and leaving the bigger issues of raising the debt ceiling, reforming entitlements and addressing federal spending to the next Congress. While the fiscal cliff deal results in a tax hike for all workers, some special interests preserved their favorite tax breaks the old fashioned way: lobbying and contributing to members of Congress.

Most of the goodies sprinkled through the American Taxpayer Relief Act have been on the wish lists of big business interests for the last year or longer. All of them can be found in a bill, the Family and Business Tax Cut Certainty Act, introduced by Senate Finance Committee chair Max Baucus, D-Mont., last August. There's tax breaks for NASCAR, Hollywood production studios, U.S. multinationals with overseas subsidiaries, mining companies, railroads and renewable energy firms — the sort of taxpayers who can spend millions on lobbyists and whose PACs and employees can give millions more to the campaigns of lawmakers.

Consider one provision in the bill: the extension of tax exempt bonds for another two years to help New York City recover from the Sept. 11, 2001 terrorist attacks. Bloomberg News reported that Goldman Sachs benefited from the program, using $1.5 billion of the low cost funding to build a new Manhattan office tower. Goldman Sachs is the top career contributor to Baucus; the financial firm also disclosed lobbying on Baucus' bill, which included a host of other provisions of interest to the firm.

Many of the tax breaks in Baucus' bill originated with other members of Congress, in both the House and Senate, and have been kicking around Congress over the last year or longer.

Sen. Debbie Stabenow, D-Mich., and Rep. Vern Buchanan, R-Fla., both sponsored versions of the Motorsports Fairness and Permanency Act in 2011. The bills give favorable tax treatment to racetrack owners, and were the subject of lobbying from organizations such as NASCAR, the Automobile Competition Committee for the United States, and International Speedway. The tax breaks — estimated at $43 million for 2011 and 2012 — had little chance of passing as independent legislation after being referred to committee more than a year ago, but were revived with both Baucus' Senate bill and included in the fiscal cliff legislation.

Buchanan, who voted for the measure late Tuesday, has received more than $530,000 over his career from the automotive industry, some of which promote their brands through NASCAR events. He also owns a car dealership like Car Shipping Quotes in Sarasota worth between $6 million and $30 million. The automotive industry has contributed $430,000 to Stabenow, who also voted 'yea.'

Hollywood is given a break in the new 'fiscal cliff' bill with the extension of a tax subsidy for film and television production companies. As long as 75 percent of production occurs in the U.S., the companies can deduct millions in production property costs. According to a 2010 report by the Joint Committee on Taxation, the provision was estimated to cost $320 million between 2011 and 2012.

The extension of this tax subsidy was initially proposed by Rep. David Dreier, R-Calif., who since 1998 has received more than $300,000 from individuals and PACs from television, movie and music firms. The bill was lobbied on by entertainment giants such as National Amusements, Inc., Time Warner, Discovery Communications, Disney and the Motion Picture Association of America, but after being referred to committee in May 2012, the legislation stalled.

It passed easily when attached to the American Taxpayer Relief Act. Dreier's affirmative vote for the bill is one of his last acts as a member of the House — after redistricting changed the make-up of his district, he decided not to run in 2012.

Goodies for coal, wind The bill also extends tax breaks for the coal industry. Back in 2006, then-Rep. Phil English, R-Pa., made sure they were included in a bill called the Tax Relief and Health Care Act of 2006, according to a press release at the time. English, who was on the Ways and Means Committee, had introduced the mine safety tax benefits in separate legislation earlier that year.

Specifically, the bill would extend the mining industry tax benefits that expired at the end of 2011 through 2013. One is a tax credit for each employee trained in rescue and emergency procedures in mines. The other allows companies to deduct half the cost of advanced mine safety equipment from its tax bill. The last time Congress passed these coal industry benefits was the extension of the Bush tax cuts signed by President Barack Obama in 2010. They were also tucked into a failed bill to end oil subsidies sponsored by Sen. Bob Mendendez, D-N.J., in March 2012, and lived on in the Baucus bill as well.

The coal mining industry has increased its campaign contributions to federal candidates in recent years, more than tripling its giving in the past four years to more than $12 million, according to the Center for Responsive Politics.

English was among the two dozen House members who benefited the most from coal mining industry contributions in his final congressional term, receiving nearly $12,000, according to CRP. English lost his seat in 2009 but is now a lobbyist for Arent Fox, a firm that lobbies Congress on, among other things, corporate tax issues for the chemical and construction industries. He moderated a panel discussion at George Washington University earlier this year entitled, "Energy tax incentives: What does the future hold?"

In addition to an extension of the coal industry's breaks, the future also includes tax benefits for the renewable energy industry, including wind turbine builders. The American Wind Energy Association trumpeted the extension of the credits for renewable energy in a press release; among the company that lobbied for it was petroleum giant BP, which has investments in more than a dozen wind farms in the United States.

Interests behind every provision

Among the companies that lobbied on research and development tax credits were some of the leading computer manufacturers and pharmaceutical companies. Microsoft led the list with taxes being one of the top lobbied on issues for the computer and software manufacturers, and employees of the company and the political action committee gave more than $4.2 million to various candidates, including $764,000 to Obama, $189,400 to his Republican opponent Mitt Romney and several congressional campaigns of Washington state candidates, where Microsoft is headquartered.

Other major lobbying entities include Hewlett Packard and Texas Instruments. In 2012, Hewlett has disclosed spending a little less than $5.4 million through the third quarter of 2012 on a host of issues. Its PAC contributed more than $1 million to federal candidates in the 2012 election cycle, while company employees and their family members chipped in more, favoring Obama more than any other candidate. House Speaker John Boehner came in third. Pharmaceutical firms Sanofi-Aventis and Pfizer also listed extended R&D credits as a lobbying concern. Sanofi-Aventis spread out their cash among several lawmakers, Sens. Orrin Hatch, R-Utah, and Kirsten Gillibrand, D-N.Y., received the most among lawmakers from Pfizer.

The research and development tax break has appeared in other bills. Rep. Rush Holt, D-N.J., offered similar legislation in the House in March 2010 and January 2011. Over his career, pharmaceutical and health products manufacturers have contributed more than $426,000 to his campaign.

Congress passed generous tax breaks for businesses that were expanding or modernizing by buying new equipment or real estate in 2002, called bonus depreciation. It was extended as part of the stimulus–the American Recovery and Reinvestment Act–in 2009, and Congress' fiscal cliff deal gives it life to 2014. Telecom companies were the most prolific lobbying industry on the cuts in 2012, including the industry roundtable, the National Cable and Telecommunications Association, Comcast and Verizon. Comcast’s PAC and employees contributed more than $4.7 million to federal candidates while Verizon's giving came to a total of $3.3 million in this cycle.

The extension of a tax credit for the maintenance of railroad tracks was proposed at least four times in the 112th Congress, first in the Senate with a bill from Sen. John Ensign, R-Nev., who resigned in May 2011 amid an ethics scandal. In February 2011, companion bills were introduced in both chambers by Rep. Lynn Jenkins, R-Kans., and Sen. Jay Rockefeller, D-W.V. Neither bill made it out of committee.

The railroad break was then placed in the Baucus bill and later the American Taxpayer Relief Act. The two Democratic sponsors of the extension, Sens. Baucus and Rockefeller, both voted for the legislation, while Jenkins voted against.

Among those who lobbied on the issue of railroad tax credits was BNSF Railway, a subsidiary of Berkshire Hathaway. While Berkshire Hathaway's leader, Warren Buffet, called for higher tax rates for wealthy individuals, one of his companies was among the corporate taxpayers seeking to keep their own breaks from disappearing into the fiscal cliff.