What a difference four years makes: President Barack Obama, who began his first term with a promise to change the way Washington works, barred corporate donations to his first inauguration, capped individual contributions at $50,000 and began disclosing his donors and bundlers more than a month before his swearing-in.

This time he waited until two weeks before the inauguration to release his first list of donors. The Presidential Inaugural Committee posted the names on its website but without the amount of each donation nor the contributor's occupation and city. Nor was a separate list of bundlers posted. 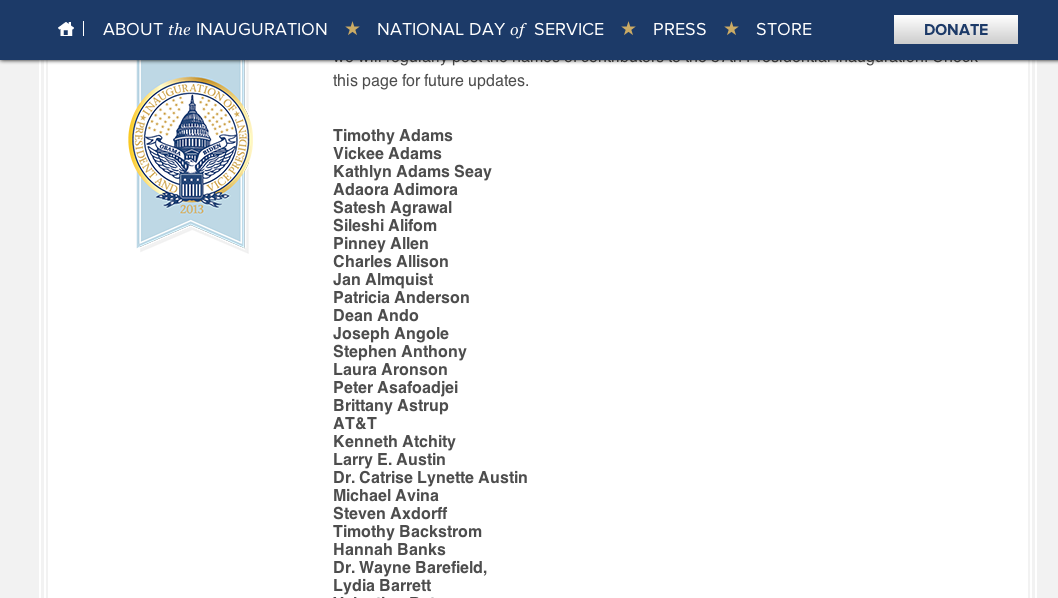 Moreover, this time around, the inaugural committee followed the time-tested Inside the Beltway method for burying the news: waiting until late in the day and Friday and quietly adding a new link on its inaugural website. No press release or announcement.  That's in sharp contrast to the 2009 inauguration, when Obama ballyhooed his transparency and searchable, sortable database of donors. (Props to our colleagues at the Internet Archive for making it possible to show you the difference.) 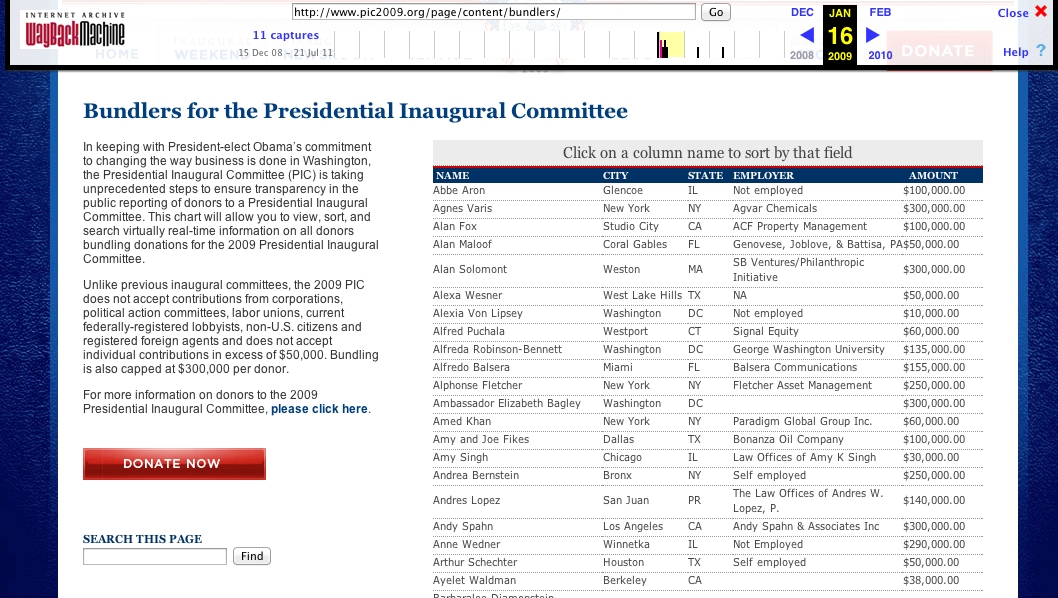 In what may be the most striking break with 2009, an aide to the inaugural committee who asked not to be named said the amounts contributors donate will not be revealed until 90 days after the inauguration, when the committee is required by law to file with the Federal Election Commission.

SUNLIGHT'S VIEW: What is Obama thinking?

The vast majority of the donors listed on the 2013 Presidential Inaugural Committee's website are individuals but there are several corporations: AT&T, Microsoft, health care provider Centene, and a lesser-known New York City-based company called Stream Line Circle, LLC. They are among the 417 "benefactors" posted on the website, all of whom have donated at least $200, according to a committee aide.

The money goes toward the inaugural balls, which will be held in the Washington D.C. Convention Center, and the parade that follows the president's swearing-in. 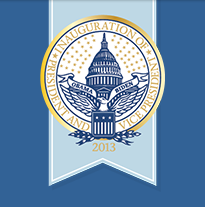 Four years ago, the inaugural committee posted its top donors and bundlers on its website in early December and updated the list frequently. It's unclear how often the donors will be updated this year, though sources close to planning told Politico that the donors would be disclosed "regularly." The committee is also required to submit its contributions to the Federal Election Commission — but not until April.

It's unclear if the fundraising will surpass the record $53.2 million raised for Obama's first inaugural. That year, the Obama team broke precedent by voluntarily disclosing donors online and barring donations from corporations, political action committess and lobbyists. The committee is swearing off PAC and lobbyist money once again.

The reason for the about-face is that Obama aides believe that donors to his recent campaign, the most expensive in history, are tapped out, according to a statement provided to the New York Times.

Despite the restrictions in 2009, the Obama team still raised a disproportionate amount from the wealthy. 45 percent of the total raised came from donors giving at least $50,000, according to FEC reports. Most of these 475 donors gave exactly $50,000–the voluntary limit–but 70 donors gave between $50,000 and $100,000 and the excess money was not refunded, according to FEC filings. The extra funding might be explained by the fact that couples were allowed to give $100,000; however, the donors that went over the limit are not listed with a spouse on FEC reports. A committee spokesperson did not reply to a request for an explanation of the excess donations.

There are no limits this time. In an email solicitation outlining the donor benefits in early December, institutions (which would include corporations) were asked to give as much as $1 million and individuals $250,000. In exchange, donors would get into numerous exclusive events, including two tickets to a benefactors reception, four tickets to the inaugural ball, and attendance at a VIP reception at the National Building Museum limited to inaugural donors. There are also plenty of unofficial balls put on by states, corporations and interest groups taking place the weekend before the Jan. 21 inauguration.

Some big inaugural and campaign bundlers also get much grander perks — prized overseas posts as ambassadors.

The private funds are only part of the money that's spent on the inauguration. Taxpayers cover most of the cost, estimated to be around $170 million in 2009, according to ABC News. The public money mostly goes toward security and logistics, including the cost of staging the official swearing-in on the National Mall, where 600,000 to 800,000 people are expected to be on hand.