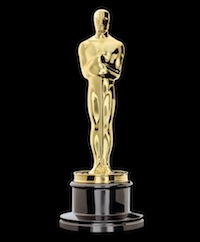 After this morning's announcement of nominees for this year's Academy Awards, there will be a month of balloting before the Academy of Motion Picture Arts and Sciences tells us which 2012 films had the biggest impact on Hollywood. But the film industry's impact on Washington is already evident.

The nomination for best tax break goes to…

Production companies behind the Academy Award frontrunners (or their parent companies) spent large sums to donate to politicians or lobby in 2012, and, as Sunlight reported last week, they were rewarded for their efforts in the 'fiscal cliff' bill. A tax subsidy for film and television production companies — worth $320 million between 2011 and 2012 — was extended through 2013 with the American Taxpayer Relief Act, which was signed into law Jan. 2. Originally introduced in May 2012 by then-Rep. David Dreier, a veteran Republican from Los Angeles, the bill languished until the frenzied last days of the 112th Congress, when it was wrapped into the "must-pass" fiscal cliff bill — making for a nice retirement gift for Dreier, who was redistricted out of Congress this year.

According to lobbying records, entertainment interests pushing the Dreier measure included the Motion Picture Association of America, a trade association chaired by former Democratic Senator Chris Dodd, and Time Warner, parent company to Warner Bros., which produced the film Argo. The two organizations spent a combined $4.2 million on lobbying in 2012 and donated a combined $5.7 million to political campaigns. While the amounts are large, they are dwarfed by the potential $20 million write-off companies can get if they meet the criteria.

The nomination for biggest lobbying operation goes to…

The media conglomerate Comcast spent $28.1 million spent lobbying during the last session of Congress, giving it the most active lobbying record for a company with a Best Picture favorite. The conglomerate owns Universal Studios and is indirectly responsible for likely Oscar nominees Anna Karenina and Les Misérables.

Much of Comcast's lobbying agenda deals with online issues such as net neutrality, online piracy and cybersecurity. Comcast also lobbied on the farm bill in 2012, and eventually an amendment was added by Sen. Mark Warner, D-Va., to increase funding for broadband expansion in rural areas. Though it passed the Senate in June 2012, the bill never became law.

The corporations that make movies lobby on a variety of bills, but the most contentious issue in 2012 was intellectual property theft, an issue addressed by two bills introduced in 2011. The Stop Online Piracy Act, introduced by Rep. Lamar Smith, R-Texas, along with its companion Protect Intellectual Property Act in the Senate, sparked a huge debate between content protectors and internet freedom advocates.

The MPAA and media conglomerates like Comcast and Time Warner backed passage of SOPA and PIPA as a way of reducing movie piracy. The bills won the most mentions in lobbying records for the companies that produced this year's crop of buzzworthy films, and the introduction of the legislation marked a sharp increase in lobbying expenditures by content producers. Nonetheless, vigorous pushback by digital upstarts kept the bills from passing.

The nominations for lavish campaign spending go to…

According to The Center for Responsive Politics, the TV, movie and music industry spent $48.7 million in this last election. Some noteworthy players:

The nominations for leading actor in the election go to…

Celebrities are a big draw for political fundraising. Robert Duvall hosted a fundraiser for Republican presidential candidate Mitt Romney, while Obama fundraisers featured many actors as draws, including Salma Hayek, Gwyneth Paltrow, and George Clooney to name a few.

Movie stars and media moguls have not just lent their names; they have opened their wallets to aid campaigns: