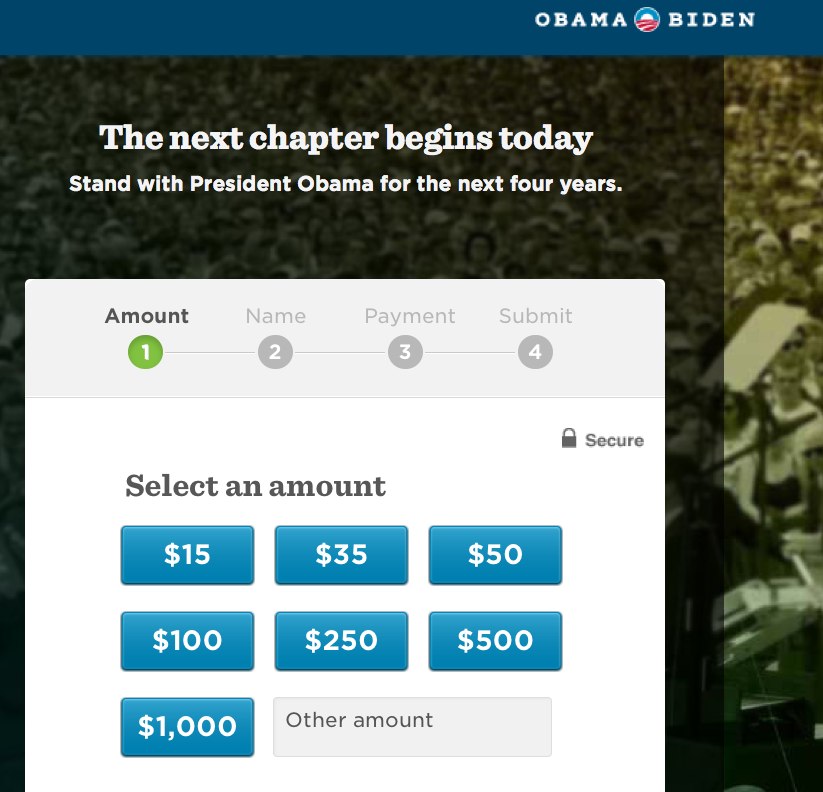 President Barack Obama has made history in a lot of ways and now he's got another bullet point to add to the list: Since the Federal Election Commission was established in the late 1970s and started keeping records of such things, he's the first second-term president to continue fundraising after the last ballot of his political career has been counted.

Unless Obama wants to imitate John Quincy Adams and return to Congress after leaving the White House — or run for local school board, as former President Bill Clinton once jokingly suggested he might do — it seems pretty safe to assume that the president's days as a candidate are over. He suggested as much himself numerous times during his 2012 re-election bid.

Yet his fundraising apparatus appears likely to live on. Since Election Day, Obama for America has produced at least two web videos touting the president's record and including clickable "donate" buttons. Suggested amounts range up to $1,000.

It's just one sign that Obama, the most successful political fundraiser in history, doesn't intend to quit. Consider the president's unprecedented ask for his inaugural: VIP ticket packages start at $75,000 and run up to $1 million (four years ago, Obama capped donations at $50,000; four years before that, George W. Bush set a $250,000 ceiling for donors). Should the Presidential Inaugural Committee end with a surplus, as a number of Obama's predecessors have after their inaugurals, there are no restrictions as to how he can spend the money.

Political campaigns are restricted in how they can spend leftover funds–according to its most recent filing with the FEC, Obama for America had $5.4 million in the bank. The campaign has an even more valuable resource: data, specifically, data on the voters and volunteers who fueled Obama's reelection effort. Some prominent Democrats, led by longtime party operative Harold Ickes, have maintained a voter database, called Catalist, since 2005. What the Obama campaign will do with its data is an open question.

Politico this week reported that leaders of Obama's campaign will be convening a pow-wow inauguration weekend to consider Obama for America's post-Obama existence. One possibility on the table: a 501(c) organization, that could take and spend money in unlimited amounts and not have to disclose donors. That raises the possibility of a Democratic counterpart to Crossroads GPS, the fundraising combine founded by ex-George W. Bush aide Karl Rove and ex-Republican National Committee Chairman Mike Duncan.

Behind the effort to keep the Obama fundraising machine alive is a desire to maintain the president's extensive voter database. FEC records show that Obama added to it in September by paying $62,000 to the still-struggling-to-get-out-of-debt campaign committee of his secretary of state Hillary Clinton, a former presidential rival.

There are also plenty of members of the political-industrial establishment with an interest in keeping the Obama fundraising machine going: GMMB, a political strategy firm filled will old Democratic campaign hands churned more than $305 million for Obama during the 2012 campaign, a Sunlight analysis of Obama campaign records. A newer entrant, Bully Pulpit Interactive, recorded just over $50 million in receipts. Its president, Andrew Bleeker, served as Obama's internet ad director in 2008. The third-largest beneficiary of Obama for America payments, AB Data Analytics, which collected nearly $30 million, is also headed by a veteran of the 2008 Obama campaign, Charles Pruitt.